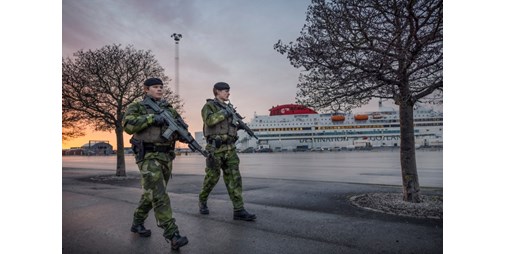 A number of government websites in Ukraine have been subjected to a major cyber attack, whose source has not been identified, the authorities announced, at a time when tension escalates between Kiev and Moscow.

Ukraine and its Western allies have accused Moscow several times of launching cyber attacks on their websites and infrastructure, which Russia denies.

According to Agence France-Presse, it was not possible to access ministerial websites, including the websites of the Ministry of Foreign Affairs and the Ministry of Emergency Situations, on Friday morning. The authorities did not specify whether information infrastructures were disrupted or obstructed.

“The websites of the Ministry of Foreign Affairs and a number of other government bodies have been temporarily disabled,” a Ukrainian foreign ministry spokesman said.

“Our experts are working hard to restore the work of the information systems, and the police have opened an investigation,” he added.

The Ukrainian intelligence service announced that the cyber attack did not result in any leakage of personal data, confirming the start of investigations. “The content of the sites has not been changed and no personal data has been leaked, according to preliminary information,” he said in a statement.

The European Union confirmed that it had mobilized “all its resources” to help Ukraine in the wake of the cyber attack, said Josep Borrell, the EU’s foreign policy chief.

Borrell confirmed that the European Union’s political and security committee will hold an urgent meeting to discuss the attack, which he said “deserves condemnation.”
Borrell told reporters on the sidelines of a meeting of EU foreign ministers that the EU’s rapid electronic response unit had been activated.

“We are mobilizing all our resources to help Ukraine deal with this type of cyber attack,” he said.

He asked all EU governments to participate, “even if Ukraine is not a member”, Borrell said.

He pointed out that it was too early to “point the finger of blame at anyone.” “We have no evidence,” he added, but “you can imagine who did it.”

A number of government websites in Ukraine were subjected to a major information attack, whose source was not identified, according to the authorities, at a time when tension escalated between Kiev and Moscow.

Swedish Foreign Minister Anne Linde said the cyber attack was “exactly the kind of thing that we were warned about and that we were afraid of.” She added that the attack “raises tensions (…) so we must be very careful in our response to Russia.”

“If there are attacks on Ukraine, we will be firm, strong and resolute in our response,” she added.

For her part, German Foreign Minister Annalina Birbock said that relations with Russia must now be dealt with patiently and calmly. “We are doing everything necessary to avoid any further escalation,” she added.