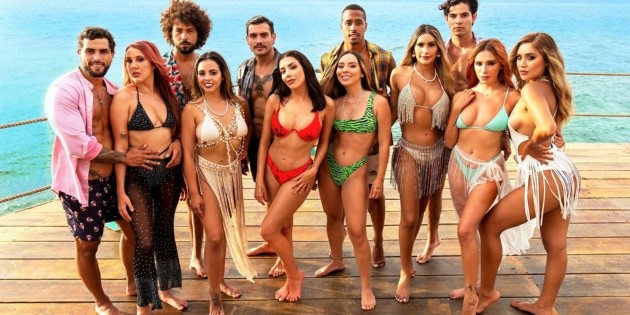 The ninth season of “Acapulco Shore” arrives with new members and old acquaintances.

The surprise is that this new installment of the reality show was recorded at the end of 2021 in Cartagena, Colombia.

When does the new season of “Acapulco Shore” premiere?

This next January 18 Through MTV and Paramount +, the new season premieres. The first episode will begin at 10:00 p.m. and every Tuesday a new one will be transmitted.

In this regard, the lovers of the party, drunkenness and sex, protagonists of this story, met via Zoom to give the details of what the public will see on the screen, based on the fact that they joined Nati y Jose from Colombia, who had never participated in a reality show, but liked the experience of being part of “Acapulco Shore”, the same happened with Carlos and Santiago, the new Mexican members.


“A chimba this season, it was incredible, an incredible taste to do this season in Cartagena,” said Karime, who has been part of “Acapulco Shore” since 2013, is the most veteran of the program, not for nothing has the nickname “Matrioshka “. “We have established ourselves as a ‘Shore’ family, the ‘office’ (meeting place) was full, high luxuries, large yachts … something that they are going to love,” he reaffirms.

For his part, Beni stressed that during the holidays epic drunkenness was armed, as each of the members contributed their grain of sand for the fun. “Each member put their own spin on the vacation, and the truth is that I am very happy to be part of this ‘Shore’ family.”

‘Mucho animal’, a comedy to patch and see at the Chapinero Free Theater

Yuri: The Mexican singer seeks to create awareness in people about COVID