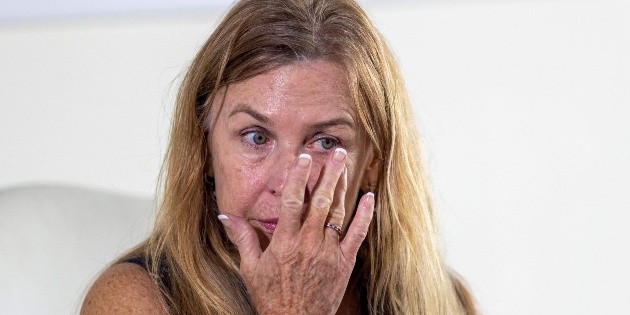 Actor Alec Baldwin, who fired the gun that killed a filmmaker on the set of the movie “Rust,” “played Russian roulette” when he handled a gun without respecting the safety regulations in force in the film industry, says a fellow filmmaker in a lawsuit filed against him Wednesday in Los Angeles.

Mamie Mitchell, screenwriter for the film “Rust,” whose director of photography, Halyna Hutchins, was fatally injured on October 21, is the second member of the film crew to file a lawsuit against Baldwin and the other producers.

Mitchell, who called for assistance immediately after the incident, said he suffered from “emotional distress” and other disturbances from damage “intentionally caused” by the production. “The events that led to the firing of a loaded gun by Mr. Baldwin are not mere negligence“, warned the lawyer of the scriptwriter,

Gloria Allred, at a press conference in Los Angeles. “On the contrary, from our point of view, Mr. Baldwin chose to play Russian roulette when he operated a gun without having checked it and without the gunsmith having done it in his presence,” argues the lawyer. “His behavior and that of the producers of ‘Rust’ was dangerous,” he says.

Also subject to the lawsuit are the deputy director, David Halls, who handed the gun over to Baldwin, saying it was harmless, and the set’s gunsmith, Hannah Gutierrez-Reed, responsible for the weapons used by the team. The 24-year-old has repeatedly claimed that she was unaware of the presence of live ammunition on set.

This live bullet was in Baldwin’s revolver while he was rehearsing a scene, and it went through Hutchins’ body and wounded the film’s director, Joel Souza. “Mr. Baldwin and the (other) seasoned professionals knew that the gun in question should never have been given to him by the deputy director,” but by the gunsmith, Allred said.

The actor “could therefore not trust any statement of the assistant director on the safety of the weapon,” he reproached. Current safety regulations in the US film industry stipulate that the gunsmith must explicitly show the actor that the gun is safe and then hand it over directly to him. “Mr. Baldwin knew that was the rule and that it was not followed. And he did not check the weapon himself,” added the attorney.

Last week, Serge Svetnoy, head of lighting for the film, present during the filming, also filed a complaint for “negligence” against the actor, the production and the gunsmith.

Carmen Salinas: Producer of “Mi Fortuna es Amarte” will wait for the actress, without looking for a replacement

Girl donated her savings to a friend who urgently needed surgery