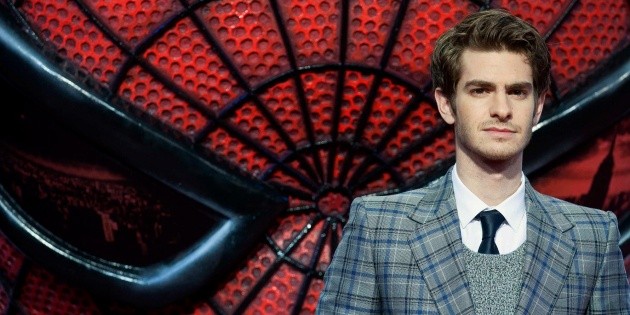 After recounting in various interviews how it was to keep a secret that he would return as “Spider-Man”, Andrew Garfield has revealed which of the three “Spiderman” that have been adapted for the screen, both by Marvel and Sony, is his favorite and what are the reasons to consider that it is its maximum superhero.

In his most recent interview given to Entertainment Tonight (available on YouTube), Andrew Garfield shared several details on a video call about what it was like to meet again with the “Peter Parker” that he played in the films “The Amazing Spider-Man” under the direction of Marc Webb, in 2012 and 2014, and how it was that the producers of the new installment of “Spider-Man: No way home”, starring the “Man Spider” by Tom Holland, they sought him out to propose this peculiar comeback in which Tobey Maguire would also return, who also played the arachnid in the trilogy led by Sam Raimi.

Andrew Garfield has recounted the first approach he had with producers Kevin Feige, Amy Pascal and John Watts, who confirmed the intentions of the Marvel Cinematic Universe to launch the multiverse so that he and Tobey will join the new battle of ” Spider-Man” by Tom Holland.

“They reached out to talk to me about an idea, it was like being one of the fans in an audience seeing the movie for the first time with all three Spider-Man in between universes, sharing a shot together, and how your little head explodes. So, that was the main thing that I felt and then the fact that I have to be one of those who wears the suit next to my hero, my real Spider-Man, Tobey Maguire.

The 38-year-old actor also highlighted the experience of sharing credits with Tom Holland, whom he pointed out as a person funny and friendly, in addition to expressing that his return as “Spider-Man” took it as a meeting between brothers who did not know each other, being the middle brother and having Tobey Maguire as the eldest of the three.

“Now I must be the middle brother, I must be under the orders of my older brother and always be protecting my younger brother. There’s also something spiritual that goes on that we explore in the film, that this character is very lonely, isolation is an essential part of the character in canon terms for me, one of the reasons why I think he’s charming to people.”

Will Andrew Garfield be back in the suit again?

In recent days, Andrew Garfield starred in one of the most viral photographs when he was captured with Tobey Maguire leaving to see the function of “Spider-Man: No way home” the day of its premiere and to which they attended as an audience without being identified by the audience, despite the fact that they were also accompanied by John Watts, director of the film.

Andrew noted that this experience with Tobey in the movie theater as spectators allowed him to confirm the great affection that the public has for the first two adaptations of “Spider-Man” and that this would encourage him to return again as this superhero in future projects.

Although neither Marvel nor Sony have confirmed if there are plans for Andrew Garfield to return as “Spider-Man”, various rumors point to possible appearances in upcoming “Dr. Strange: in the multiverse of madness” or in “Morbius”, of which it has transpired that the actor was called to film some scenes that were not contemplated after seeing the worldwide success that “No way home” had, so Andrew Garfield would join these realities of the Marvel Cinematic Universe that currently has various open time lines in its current narrative.

Man had his nepe reduced after contracting Covid-19

Government signed juicy contract of the ALO Sur in Bogotá