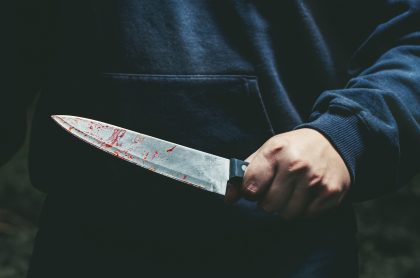 The events took place in the city of Cartagena.

Regrettable is the situation that occurred yesterday in the Las Palmeras neighborhood of the city of Cartagena, and it is that in less than a week, this would be the second case of animal abuse that is attended by the Environmental Protection Group and Ecological of the Metropolitan Police of the city. On this occasion, a donkey was rescued, which was mistreated with a knife to its left eye, causing lacerations and damage to its organ.

The Police indicated that the events occurred in Manzana 23, lot 4, Los Cocos street in the Las Palmeras neighborhood, where the official Darleydis Blanco Torres, of the Environmental Guard, found a pregnant donkey with a limp leg and its face apparently cut with a machete.

Read Here: Apocalyptic plague of scorpions affects the health of hundreds of people

The entity reported that “when arriving at the indicated site there is evidence of a female donkey in a state of pregnancy with an injury to its face, apparently with a knife and in its front leg it presents inflammations, expiration work is activated to find the owner or donkey keeper giving the community not knowing as an answer. First aid is provided by Mrs. Laura Borrero Ángel, veterinary doctors from UMATA. Later, it is left at the disposal of the Municipal Agricultural Technical Assistance Units UMATA, where the shelter coordinated in order to provide the animal’s well-being ”, declared the Police.

This would be the second case of animal abuse, which is evidenced in the month of November in Cartagena in a period of less than a week. As reported by the Environmental and Ecological Protection Group, headed by Lieutenant Andrea Aguirre, so far this 2021, in the criminal and contraventional statistical information system of the National Police (SIEDCO PLUS) 22 complaints have been filed for the crime of animal abuse in the city.

These cases all correspond to domestic animals, and they register violation and violence against canines, equines and other rescued animals.

The vast majority “are injured with blunt objects, sharp cuts and boiling liquids, which cause deep wounds and sometimes even the death of domestic fauna,” said the entity.

Also read: The 90-kilo crocodile gave a tremendous ‘bear hug’ to his caregiver

In Cartagena, the neighborhoods where there are most cases of animal abuse are: Nelson Mandela, San Pedro, Torices and la María.

The Environmental and Ecological Police of Cartagena, emphasizes its commitment to the rescue of violated animals despite not having logistical support for the care of animals, by the relevant entities, and also asks citizens to reject this type of acts.

Marbelle responded to rumors about a possible pregnancy