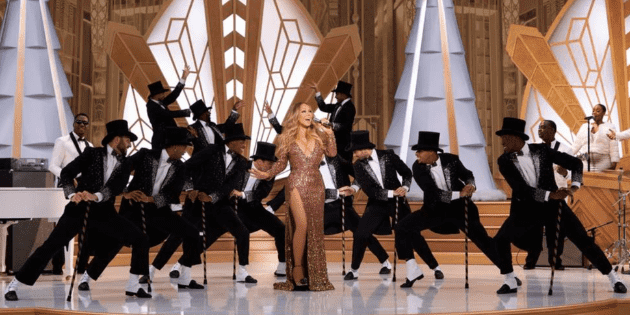 Everything is ready for the Christmas special of Mariah Carey on Apple TV+, and the production trailer proves it.

Apple TV + revealed the preview of the special “Mariah’s Christmas: The Magic Continues“, which will premiere on the platform next Friday, December 3.

This holiday show will feature the first and only performance of Mariah’s new single, “Fall in Love at Christmas,” featuring Khalid and Kirk Franklin and other special moments as Mariah celebrates this new holiday event, along with Apple TV +, “Mariah Carey’s Magical Christmas Special. “

The long-awaited special will reveal the first and only performance of the single from world icon and multi-Grammy Award-winning Mariah Carey, titled “Fall in Love at Christmas” on Apple TV +. Carey is joined by Grammy-nominated global artist Khalid and Grammy-winning legend Kirk Franklin, who bring the holiday spirit to fans around the world. The Christmas Queen will also celebrate the holidays with a dazzling new interpretation from the fan favorite, “Christmas (Baby Please Come Home).”

It will also feature “Mariah’s Christmas: The Magic Continues” with an exclusive interview by Apple Music host Zane Lowe with Carey, along with her 10-year-old twins, son Moroccan and daughter Monroe, as they share their favorite holiday moments. and Carey will sing her Christmas classic “All I Want For Christmas Is You,” and the Apple TV + hit, “Mariah Carey’s Magical Christmas Special.”

Sherlyn will have another baby from the same biological father as her son – LaBotana.com