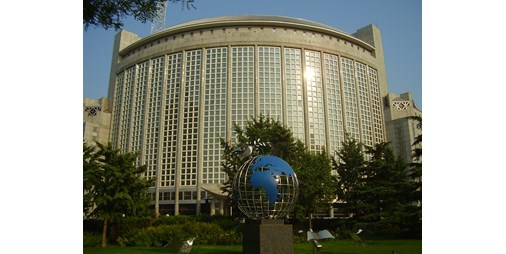 The foreign ministers of Gulf states, Iran and Turkey are visiting China separately this week for talks, the Chinese Foreign Ministry said, as talks are underway in Vienna on reviving the 2015 Iran nuclear deal.

The foreign ministers of Saudi Arabia, Kuwait, the Sultanate of Oman and Bahrain and the Secretary-General of the Gulf Cooperation Council will visit Beijing between Monday and Friday.

“China and Iran firmly support each other on fundamental issues,” Chinese Foreign Ministry spokesman Wang Wenbin said at a press conference on Tuesday.

On Monday, the Iranian Foreign Ministry said that Minister Amir Abdollahian would discuss the 25-year cooperation agreement between the two countries. China has become a vital artery for the Iranian economy after the United States withdrew in 2018 from the nuclear agreement signed between major powers and Tehran.

The ministry said Foreign Minister Wang Yi met with the Bahraini and Saudi ministers on Monday and Tuesday and exchanged views on talks on the nuclear deal.

Although the Gulf states do not participate in the Vienna talks, Saudi Arabia, led by them, has expressed its concern about Iran’s nuclear ambitions, its missile program, and the regional factions working for it.

Wang Yi told his Saudi counterpart that while the world’s nuclear non-proliferation regime must be preserved, the “just and reasonable concerns” of countries in the region must also be taken into account.