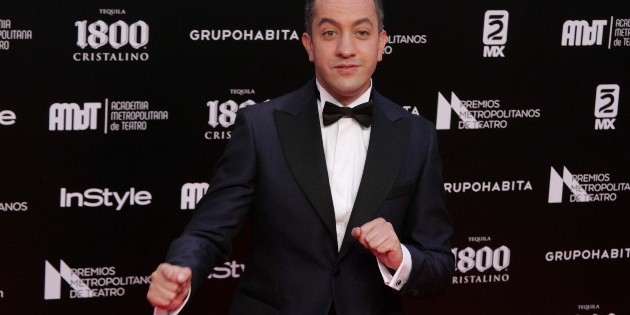 Again Chumel Torres is in the eye of the hurricane after saying in social networks that “Mirabel”, the main character in the movie “Encanto”, voted for the current President of Mexico Andrés Manuel López Obrador (AMLO). His comment is accompanied by a photo of the protagonist of the Disney animated film.

“How did you know that I voted for Andrés Manuel López Obrador?” it reads in his tweet.

“Mirabel” is a brunette woman, with wavy hair, wears glasses and traditional clothes from her native Colombia, where the story takes place in the town of “Encanto”. Although all of her relatives have been decorated with a gift, apparently she has not.

Users in social networks are turned on against Chumel Torres

Immediately, the responses to its publication were present, then, what is it that makes Chumel consider that a person with these physical characteristics and / or way of being, would act in this or that way?

“What would Chumel be without his racism, xenophobia and classism?“replied a user.

“You don’t need to be an Obradorista to see the racist chumel tweet hahahaha,” someone else wrote.

Typical of Whitexican; thus in a tweet summarized classism and racism the essence of who you are.


Among the comments also there were those who supported Chumel’s vision, ensuring that it had nothing to do with a racist issue.

“Look at the movie wow … it’s because of living in denial, hahaha; all those who are insulting Chumel for racism are more racist because they assume that it is because of his brown skin, that is why he would have put Tenoch (Huerta, the actor) “.

The controversies of Chumel Torres

This is not the first time that Chumel has been classified as racist or classist.

In 2020, controversy broke out when the forum on racism and classism organized by the National Council to Prevent Discrimination (Conapred) invited Chumel Torres precisely, and although this event did not take place, the invitation to the influencer unleashed criticism, because For many, he is one of the most elitist, classist and racist characters in Mexico..