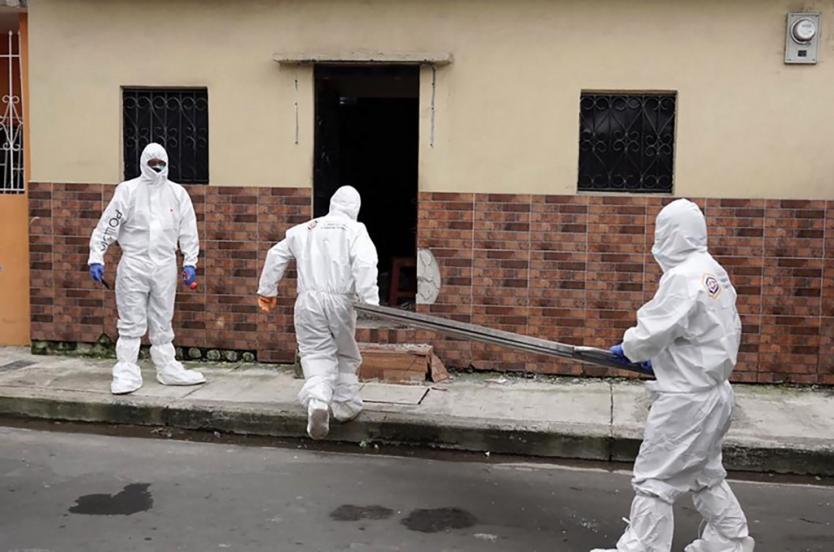 Faced with several calls from his family members, the EPS never made a presence at the scene to pick up the deceased.

An unusual fact was presented in the last days in the Tabacal neighborhood, located in the municipality of Soacha, Cundinamarca, after a 61-year-old man identified as Luis Antonio Agudelo, presented health problems while he was doing electrical repairs in the bathroom of his house.

His relatives heard a loud noise, who immediately came to see what was happening. Once they found their fallen relative, they tried to give him first aid, but inevitably they couldn’t do anything about it, since Luis Antonio passed away around noon in the afternoon of last Friday, October 5.

Read also: A mechanic who was not served by the ‘cat’ died: The car he was fixing fell on him

Subsequently, the local authorities were called to attend to the emergency, and to lift the deceased. However, agents of the National Police once arrived at the scene, They confirmed through a document that since it was a death that was not violentThey couldn’t take care of the coffin.

After several inquiries, the Prosecutor’s Office informed the family that the respective procedure should be executed by the EPS, to generate the death certificate and later take the body to the entity providing funeral services.

But the incredible thing about the case is that once they communicated with the Health Promotion Entity, They only received a response 48 hours after the incident, since according to the company, they had to certify Agudelo’s affiliation, to proceed to carry out its respective survey.

However, Iniciativa Ciudadana Radio, a local media outlet in the municipality, made the respective complaint, where they even helped the relatives to communicate with this entity, to which they responded by taking responsibility for send a specialized doctor to give an opinion and thus be able to remove the body from the house.

You may be interested in: In the game with the road closures that Soacha will have for the Vuelta a Cundinamarca

Finally, this health professional did not attend the emergency, and after 7 o’clock at night this entity communicated again with the relatives, stating that as the causes of death were not clear, a necropsy should be performed.

Some time later a hearse destined for the Ministry of Health of Soacha, was the one that attended the emergency, and took the remains to the San José hospital.

Asadero assailants in Engativá were recaptured