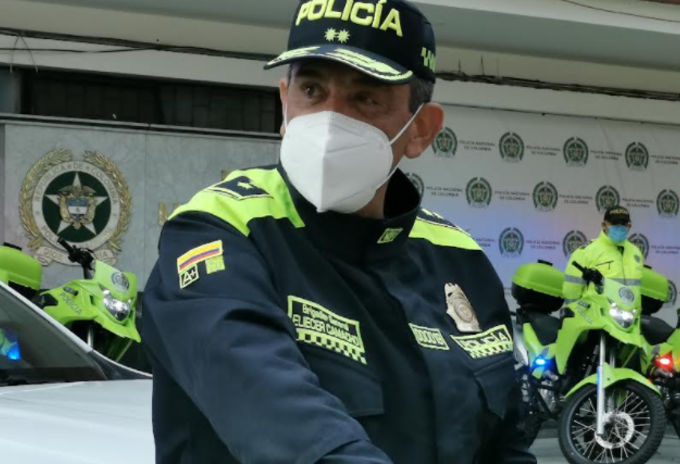 Councilor Diego Cancino assured that removing the officer from his position is to bring peace and justice to the citizens.

In a letter addressed to President Iván Duque Márquez, Councilor Diego Cancino asked him to separate Brigadier General Eliécer Camacho from the command of the Metropolitan Police of Bogotá, for the case of the crime of graffiti artist Diego Becerra, taking into account that the investigations in which he is immersed are continuing.

“The Prosecutor’s Office, in the hearing of the Diego Becerra trial, a graffiti artist who killed the police, mentioned Camacho, the current Commander of the Bogotá Metropolitan Area. The Prosecutor’s Office says that Camacho fulfilled tasks to favor the policemen involved in the homicide and in hiding information at the scene of the events, “he said.

“The President of the Republic should send a message of transparency and of building trust in front of the Police, which is to relieve Commander Camacho of the Metropolitan of Bogotá, “said Cancino.

It may interest you: The ex-patrolman who murdered graffiti artist Diego Felipe Becerra is transferred to Bogotá

The councilor also maintained that during the command of General Camacho they have denounced serious cases of police violence, especially in theaters of social protest, as evidenced by the Inter-American Commission on Human Rights during his working visit, in June of this year.

Faced with this case, several policemen of different ranks have been convicted and others are in the process of being linked, not only because of the crime, but because they “organized” a version of events to present the young man as a criminal that with a firearm in hand, he tried to rob a public service bus.

“The police officers and officials sentenced so far sought and put a firearm in their hands, bribed a witness to make a false statement and they changed the filing of a true report of a robbery to a bus. All to try to show that the boy was a criminal and that he died in his just law, “he said.

Finally, he said that “ten years have passed for justice to begin and there are more threads to weave”.