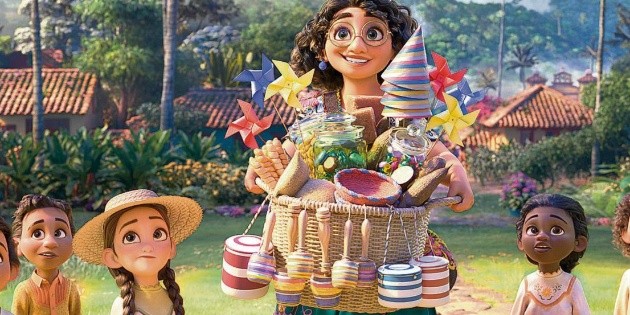 “This film was destined to be developed in Colombia,” says Byron Howard, one of the directors of “Encanto”, the animated Disney musical set in the magical realism of Gabriel García Márquez and that opens this Thursday in the United States.

That magic, together with biodiversity, music and the different ethnic groups that inhabit Colombia, among others, resulted in the perfect cocktail for Disney to choose the coffee country five years ago as the ideal setting for the Madrigal family.

“I think there is something in that narrative tradition that felt so organic that it was the optimal combination for a Disney movie where magic is present. But it is not European magic: it is magic linked to emotion and based on real life experience.“underlines, with a thoughtful face, Howard (” Bolt “).

And the action takes place in “La Casita”, a hacienda that evokes a mixture of traditional houses in the towns of Barichara, Cartagena and Salento, which from the beginning of this animated film becomes, with a life of its own, one of the most important.

Different genres of “the best music in the world”, the Colombian, also take special relevance in the almost two hours of film, according to another director, Jared Bush (“Zootopia”), as assessed in statements to Efe.

The songs, mainly performed in the film by the protagonist, Mirabel, in moments of joy, sadness or fear, They range from Vallenato to Cumbia, passing through Mapalé, Joropo and Bambuco, originally from Colombia..

“It is honestly like a dream come true: to be able to absorb as much music as possible, since it is the best music I have ever heard,” a smiling Bush, also a musician, is honest.

All this musical mixture under the art of the composer Lin-Manuel Miranda – creator of the Broadway phenomenon “Hamilton” -, who wrote and produced eight original songs for “Encanto”, the musical arrangements of the also composer Germaine Franco, and pieces with the voice of singers Carlos Vives and Sebastián Yatra.

“It was super important that even the smallest detail of Colombian culture was correct, and I think we have succeeded”

The importance of Spanish

As it is a film set in Colombia, both Howard and Bush and Charise Castro-Smith, another of the directors, wanted at all times for Spanish to have a presence both in the songs and in some dialogues in which the characters speak in their language naturally, according to their own account.

They gave so many turns about the use of Spanish in the creation phase of the film that they even considered making it in that language, although in the end they backed off.

“We think a lot about all the decisions we make about Spanish, the accents of the characters. (…) In the end we have a lot of Spanish in the film and the characters use Colombian expressions,” defends Castro-Smith, from a Cuban-American family .

Colombian gastronomy on the table

Food also plays a major role in many scenes in the film “to the point that you can smell it,” jokes one of the directors, Howard, during the media presentation session.

So much so that a panela, several yuccas, totumas and sacks of coffee are some of the foods that Mirabel carries in her basket, known as a pot, which is a representation of the godchild’s day, a celebration in Cali (Colombia) every 29th of June.

“It was super important that even the smallest detail of Colombian culture was correct, and I think we have succeeded,” celebrates the team behind the secrets of the magical realism of “Encanto”, which brings to the big screens of the United States the Magic of Colombia starting this Thursday, November 24.