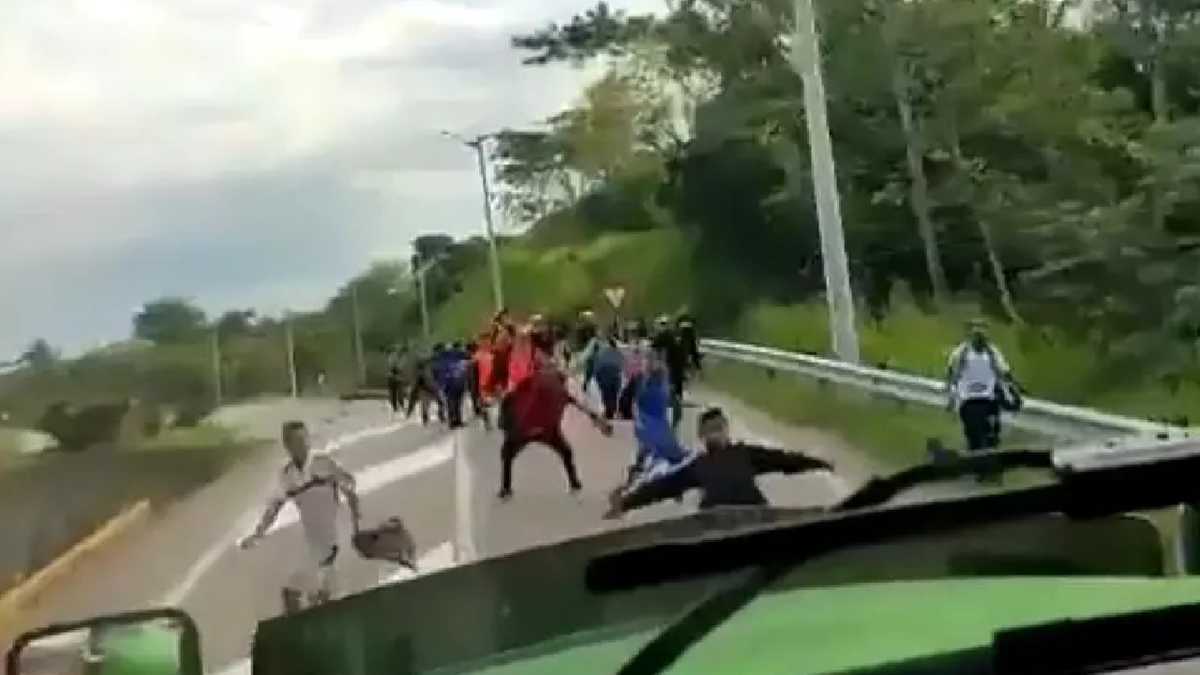 In the video it is seen that the young people are armed with sticks and machetes, and they run into the vehicle in the middle of the road.

The fans and barristas usually travel through the roads of the country to accompany their teams, however, not all of them travel in order to support their colors, but what they seek is to steal from the places where they mobilize. This was evidenced in a video that has recently gone viral on social networks.

It may interest you: New massive robbery in a restaurant in Bogotá: They knocked down everything to the customers

This is the case of a truck driver who was driving on the Medellín-Bogotá highway. The same driver was the one who recorded the incredible situation, since at the moment that with his tractor he is going to take the main road again, several young people appear in front of his truck.

The young people, apparently followers of Deportes Tolima, they are armed with sticks and machetes, and they cross the vehicle in the middle of the road trying to make it slow down and stop, all apparently in order to steal the merchandise from the tractor trailer.

However, the driver, seeking to avoid being robbed and even injured, decides to maintain the speed of the vehicle, while the young barristas wait until the last second to get out of the way. Several of them were only seconds away from being run over.

It may interest you: Man had his nepe reduced after contracting Covid-19

Here is the amazing video:

Netflix: “Gentefied”, the Latin series that was canceled after two seasons