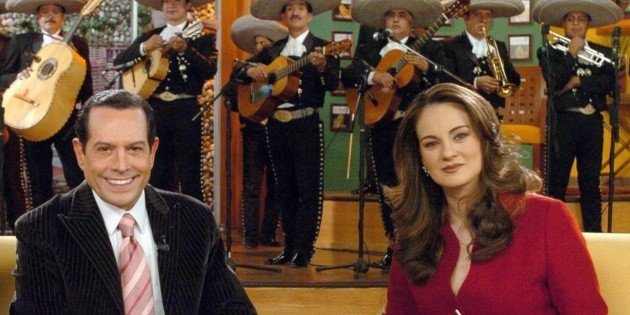 After six years of waiting, Flor Rubio received the final sentence from the Supreme Court of Justice of the Nation, after Juan José Origel spoke about her in a meeting with journalists and this was published in a magazine with national circulation with the legend “He messed with one and another until he got to where he is”.

In addition to this, a video circulated in which the communicator was heard giving these statements, for which Flor decided to take legal action.

“Look, I feel quiet, It was almost six years of waiting in this legal process, fortunately the Supreme Court, after all this time, ruled in my favor and I feel very calm”.

One of the things that has kept her going all these years, she said, is the truth.

“I believe that when the truth assists you, you have the strength to go to the end, what happened it was a scoundrel, it was atrocious because it came from a co-worker whom I trusted but it affected my good name, which is what keeps us journalists alive, but above all it affected my children, my family, and I decided not leave it like that, because we cannot allow as women to be trampled on, to be violated in the way that Juan José Origel did.”

In all these years, Flor shares that there was never a rapprochement with her, real, by Juan José, who exhausted all instances so as not to be legally guilty.

“Everything was absolutely (on the side) legal and all the statements he has made they are media, during all this time he never had the intention of genuinely reaching out to me and discussing the situation,” she added.

“If he learns the lesson, it will be a positive step in his life.”

So far it is still too early to know the details of the times in which Juan José will have to offer the public apology, as well as the other ways to compensate the damage established by the Supreme Court.

“I still don’t have the legal details after the sentence, it’s extremely recent, I know that you have to go through a process that can take a few months, I don’t know, but I’ll meet with my lawyer who will tell me what the steps to follow are, but the most important thing happened the day before yesterday, which is a definitive sentence where the ministers and ministers thoroughly analyzed a case of abuse and mistreatment against women. Here it is not a triumph or a failure of either of the two, it is about generating a precedent in terms of harmful, violent, rude and rogue behavior, of many men or even women, because this is not exclusive”

Euphoria: The HBO Max series breaks records, find out which one!

With 1 kilo of coca, firearms and 8 sticks, the president of the Council of Cartagena was captured