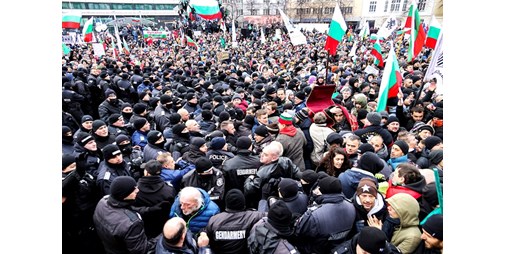 In a new negative record for the pandemic, more than 15 million people were infected with Corona in the world during the past week, and the number of discovered infections increased by 55% compared to the previous one, and deaths by 3%.

And the weekly epidemiological bulletin of the World Health Organization said, “During the past week from 3 to 9 this month, the number of new “Covid-19” cases increased significantly” globally, with “more than 15 million new cases” reported, which represents “ 55% increase” over the past seven days.

At the same time, five of the six WHO regions reported an increase in the number of infected people, only in Africa a decrease of 11% was recorded, while the numbers were especially high in Southeast Asia and the Western Pacific, where 418% were respectively detected. And 122% of new infections, compared to the previous week.

In addition, the rapid spread of the Corona virus (Omicron) mutant continues in the world, while the “Delta” mutant, which previously dominated the planet, is losing its strength.

For his part, the White House adviser on the health crisis, Anthony Fauci, considered that despite the record number of hospitalized cases due to infection with “Covid-19”, the United States may be “on the threshold” of a transitional period after which it will be possible to “coexist with” the Corona virus.

“At a time when the Ommicron (outbreak) is progressing and regressing, I hope we will see a situation where we will see a combination of good immunity and the ability to treat someone who is at risk,” Fauci said, adding during a meeting organized by the Center for Strategic and International Studies “When we get to that, this will be a transitional period, and we may be on her doorstep.”

Meanwhile, the administration of President Joe Biden announced a new set of measures to keep schools open, including increasing the “Covid-19” tests available to them, as the highly contagious mutant Omicron spreads rapidly throughout the United States.

The White House and top health officials have defended the government’s measures to address the surge in cases and hospitalizations.

After accusing the Biden administration in recent weeks of focusing on vaccination at the expense of testing, the administration said it would increase the number of tests available to schools by 10 million per month.

In addition, the Tunisian authorities approved yesterday a night curfew and a ban on gatherings for two weeks to combat the return of the “Covid-19” epidemic.

The Presidency of the Government said in a statement published on its official Facebook page that it was decided to “prevent the Golan from ten in the evening until five in the morning, and the regional authorities will adopt the indicator of the percentage of injuries to approve the measure.”

The statement added that all demonstrations open to the participation or attendance of the public were also postponed or canceled, whether in open or closed spaces.

These procedures are applied as of today and for a period of two weeks, subject to renewal, and are reviewed by the Ministry of Health according to the development of the epidemiological situation in the country.

In Russia, the authorities announced yesterday that 745 deaths had been recorded as a result of infection with the Corona virus, while the number of daily infections rose to 17,946 new infections within 24 hours. The Russian TASS news agency quoted the operating room for combating the spread of the virus as saying that the total confirmed cases of corona in the country had risen to 10,702,150 infections.

If you have dogs of aggressive breeds in Bogotá, avoid sanctions and learn how to register them