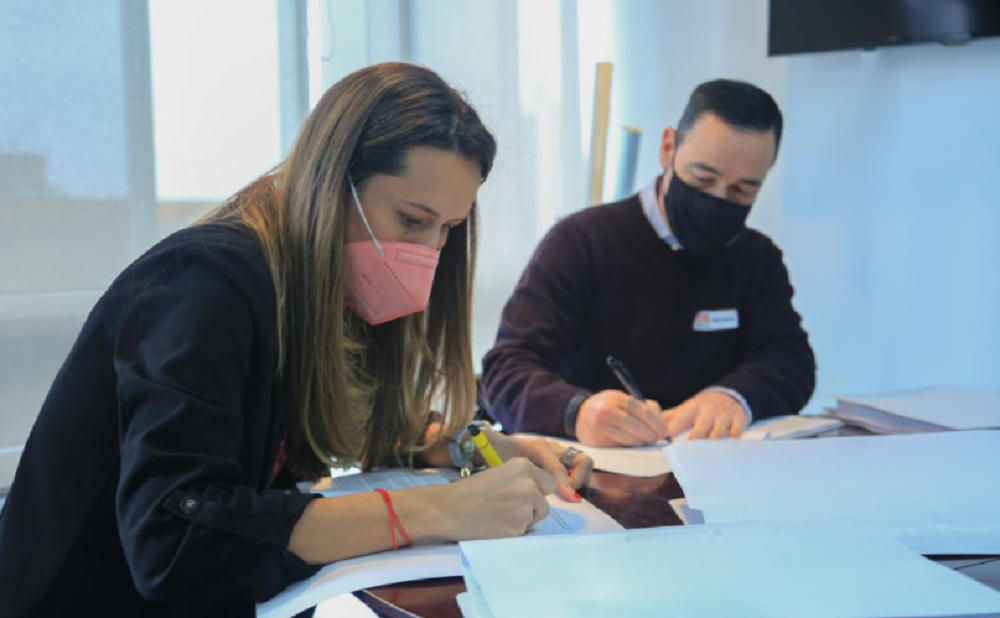 The National Government, headed by the National Infrastructure Agency (ANI), signed this Thursday the South ALO contract in Bogotá.

In the project 24.5 km of road will be intervened between Chusacá (Soacha) and Calle 13, in Fontibón, and will become, according to the Government, “one of the main and most modern corridors to enter or leave Bogotá, and connect the city more efficiently with the southwest of the country.”

According to the ANI, the contract was signed with Plural Structure ALO Sur, who were awarded the project on December 13. This firm is made up of the companies Concay, Coherpa Constructor Engineers, Mario Alberto Huertas Cotes and Pavimentos Colombia, each with a 25% stake.

The project, it will have investments of $1.17 trillion that, they foresee, will boost the generation of 19,743 jobs between direct, indirect and induced for the Colombian capital and the department of Cundinamarca.

You may be interested in: Another for the list: Bridge in the south of Bogotá that has a real death trap

“Thanks to ALO ​​South, we will positively impact the mobility of Bogotá, generating benefits for the city and Cundinamarca”, assured Ángela María Orozco, Minister of Transportation.

In turn, Diana Cardona, president in charge of the ANI, mentioned that “with the South ALO we will improve one of the main entrances of the city, also generating a more efficient connection with the west and south-west of the country, and especially with the Coffee Region and Buenaventura”.

About the ALO South project

The South ALO contemplates the construction of a 9.5 km dual carriageway, a 9.5 km second carriageway and 4.5 km of improvement of a section, so that the infrastructure goes from the existing three lanes to one with four lanes.

Also read: Are the 117,172 pesos from the 2022 transportation aid enough for the monthly tickets?

The project also includes the construction of two vehicular bridges over the Bogotá River, which will be added to those existing in the El Muña sectors and in the southern limit of the country’s capital.

In addition, the initiative contemplates the construction of two grade-separated intersections: one in the connection of the ALO with Calle 13, in Fontibón, and another in Avenida Indumil, in Soacha.

The corridor also includes the construction of about ten km of cycle path, as well as the generation of a public space of approximately 153,000 square meters, as a contribution to sustainable mobility and care for the environment, but above all to the promotion and use of bicycles.

Andrew Garfield: The actor confesses which “Spider-Man” is his favorite, this he says