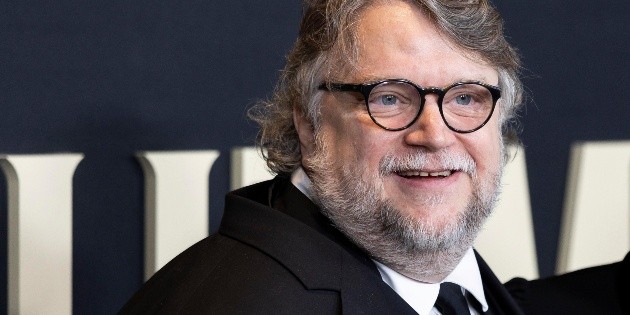 Guillermo del Toro did the filming of “Pinocchio” from Netflix at the International Animation Center (CIA), founded by himself as “The Chucho Workshop”. With this, it begins the path of this center as the first studio in Latin America where this kind of projects can be carried out in “stop motion”.

According to Guillermo del Toro himself, “El Taller del Chucho” refers to those who work within this workshop, as they will have to “dog” him.

In an interview, the director of the CIA, Angélica Lares, explained that Del Toro was the one who decided to make “Pinocchio” in this workshop, and the results have been “unbeatable.” With this project, Del Toro managed to enable the spaces and generate a work synergy among local talent.

Lares assured that this is the first production space of its kind in Latin America due to the type of services it has, so it will seek to bring productions from all over the world: “We did not have a space like this, we have the possibility of to have the complete scheme of a production, especially of ‘stop motion’, the spaces and the equipment, the human team and that is fine because the productions generally have to put together a studio from scratch ”.

Guillermo del Toro: What is “El Taller del Chucho” like?

The workshop has seven industrial-type warehouses. Three of them that can be enabled as filming forums with up to 300 people working at the same time, others more for workshops for the construction of ‘puppets’, costumes, sets or structures and two more for the post-production and administration area.

One of the warehouses of the workshop was occupied for several months by the “Pinocchio” team whose details have been secretly kept by Netflix, so much so that the set set up in Guadalajara and its surroundings was closed to the press until the beginning of this year after the end of filming.

“Pinocchio” is a start

After the experience with “Pinocchio”, the intention of the workshop is to generate co-productions with projects in Mexico and all of Latin America, but also to offer the facilities, human material and high-tech equipment With which they count for any production company to rent the space and save costs.

In one of their spaces they co-produce the short film “Twisted Branches”, by the animator León Fernández, in which they have developed certain settings and characters in this story from scratch.

Rita Basulto, one of the most recognized Mexican entertainers and who collaborated in “Pinocchio”, told Efe that this place It will be “a space where talents and highly skilled people will converge” in “stop motion”.

“Doing scenes for this feature film speaks of the fact that here you can get to do a job of a very good level. There is no study as large as this one, “he said.

One of the objectives of “El taller del Chucho” is to train new talents who can collaborate and develop projects inside and outside of Mexico, says Lares.

“We are interested in bringing international productions, but also in generating intellectual property. To be able to create this space so that artists can have the opportunity to tell their stories, to create their worlds ”, he indicated.

Sergio Valdivia de la Torre, a young stop motion animator, graduated from an animation career in Guadalajara and has worked on shorts and feature films by local directors, and recently collaborated on “Pinocchio”.

The animator said that the workshop has generated a synergy so that all those involved in the animation industry get to know each other and work in a better way.

“It is something that there was not with the creators that we already know, almost always they worked alone and at least now what a space like this does is unite us, learn from everyone, have projects and collective experiences. And that raises the level , that be more enriching the experience of making stop motion movies, “he said.

From January to September the workshop will offer a training program for young filmmakers with professionals such as Oscar-winning artistic director Eugenio Caballero, American animator Brian Leif Hansen and Spanish illustrator Roger Olmos, among others.

With information from EFE.