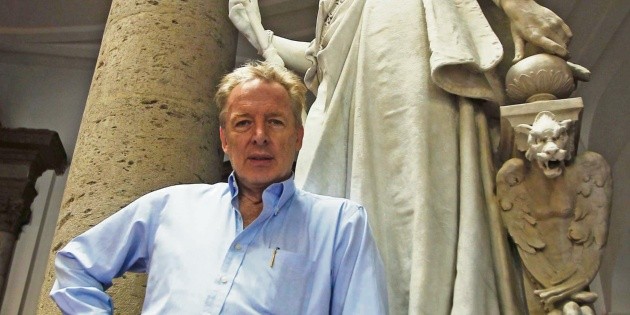 After eight years of being in charge of the artistic direction of the Jalisco Ballet, of the Ministry of Culture (SC) of Jalisco, the Polish teacher Dariusz Blajer confirmed to this publishing house that since December 2021 he submitted his resignation due to the alleged limitations of resources that the SC argued and that would mean a brake to implement their plans.

“I, with 22 dancers and what I had, we did the performance of ‘The Nutcracker’ -in December 2021-with great success, with full houses; We had more important things for the repertoire that could be proposed without large expenses with different programs, as I think the Jalisco Ballet did over the course of eight years, this could be done with minimal resources and recovery with the sale of tickets, it could be done, but this alternative never came into perspective, I think they did not want to go in that direction. I am very proud of what I did in the Jalisco Ballet, of its repertoire, of the results that we had for years, but today I feel disappointed ”.

Dariusz Blajer recalled that it was during the cultural administration of Myriam Vachez, in the six-year term of Aristóteles Sandoval, when he was hired to lead the then known as “Joven Ballet de Jalisco”, in August 2013, And since then a different dynamic had been proposed to position the dance corps again among the public’s taste with the intention of increasing the repertoire with at least two premieres per year, increasing the number of dancers and extending the ballet tours..

Blajer pointed out that before the current Jalisco Ministry of Culture, headed since June by Lourdes González, explained that there would be no resources, situations had already arisen with the former head of the agency, Giovana Jaspersen -who resigned from her position in January 2021-; recalls that communication with the agency was also scarce to improve the working conditions of the dance ensemble.

“We had been completely unemployed for two years, not because of the dancers’ failures, but because of the Secretary who was there before Lourdes González, who had completely abandoned the company, I asked her for multiple appointments and help to be able to give the dancers the conditions adequate ”.

Among the conflicts that former director Dariusz Blajer recalled, for example, at the beginning of Giovana Jaspersen’s term, It was the cancellation of four performances that the ballet would present in 2018 at the Degollado Theater with “The Nutcracker”, which represented the loss of approximately 200 thousand pesos for functions, however, the presentation scheduled that season for Puerto Vallarta did take place, although this meant a scolding for the then director Blajer.

“They wanted me to cancel the show (in Puerto Vallarta), I told him that there was no way I could cancel, because the public bought tickets, everything is arranged, it was respect for the public and for the people who invite us there. I went to Vallarta, it seemed unfair, to the public and the promoter who invited us. He scolded me for making the decision ”, he mentioned when remembering that this type of presentations by invitation -and previously programmed- did not represent expenses for the dance company since they were paid for by the interested hosts.

Another circumstance experienced before the head of the SC, in this case with Lourdes González, was the claim that the Secretary made about the position that his wife, the dancer from Guadalajara, Slauka Ladewig had in the ensemble as a teacher, despite the fact that she had been hired before he came as director. After concluding the contracts of the members of the Jalisco Ballet, on December 31, Slauka Ladewig was no longer required for his position: “I immediately clarified that my wife was hired before me, I did not hire my own wife, They claimed me for nepotism… they were said unjustly against me ”.

The balance of your address

Among the achievements that Dariusz Blajer highlighted that the Jalisco Ballet had during his tenure, were the various teachers and special guests they had, in addition to proposing different presentations for the public, taking the ensemble, for example, to other spaces such as the Metropolitan Park for the production of “Swan Lake” and at the Cabañas Cultural Institute -now the Cabañas Museum- with “The Hunchback of Our Lady of Paris”, ensuring that since his arrival in 2013 there were two important premieres that covered children and habitual.

“I am proud of what the Jalisco Ballet did, with all my heart they made choreographies, decisions that fascinated the public, people who stopped me and told me that it was wonderful to see ballet at this level, that it never did. they had seen like this nowhere else. My frustration is this: if they wanted to change, it was easier to say ‘thank you’ and change direction… Because they want to dance in a different way ”.

He also pointed out that given the usual ballet conditions, various dancers chose to seek opportunities in other spaces to maintain their development and growth, in addition to the fact that in various productions the dancers had to play different roles due to the lack of elements for all of the roles.

“Due to lack of money to hire new dancers, I danced… Something that I really enjoyed, just to help the ballet with its expenses and needs. In this course I danced many roles and different things so that they did not spend; I also did choreography for free, I never charged a penny for that, but many times people don’t know that. I am satisfied with what I did ”, he clarified.

Faced with the possible changes that would come to the Jalisco Ballet, which maintains an open call until January 16 to integrate new dancers, Dariusz Blajer questioned the reasons given then about the alleged lack of resources to complete the dance corps when seeing the company’s intention to renew its team.

“I made my decision to resign because I was not looking forward to it, but today I see the auditions to hire 22 dancers for a year, and the salary increase for the dance corps, and it turns out that there is money, I did not understand. I do not understand whose interest is, I do not know and I am not interested, I feel a little disappointed, sad, because I think that in the course of these years, that the ballet was under my direction, we did create a professional classical dance company, with a lot of good repertoire, with world and national premieres ”.

The 2022 model politics, between ideas and the circus

Kate Middleton turns 40: “” When things need to be done, she does them “