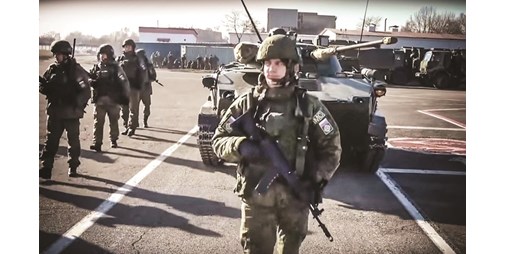 The press office of the Kazakh presidency said – in a statement yesterday, reported by the Russian news agency “Sputnik” – that the president “instructed law enforcement agencies to conduct an investigation and determine the exact number of civilian casualties as a result of the unrest,” stressing the importance of preventing violations of citizens’ rights during anti-terror operations. terrorism.

The United Nations reported that about 1,000 people were injured in the protests that erupted on January 2 and turned into riots, and the country’s Ministry of Interior stated that 17 security personnel were killed in those events.

In this context, the press office of the Prime Minister of Kazakhstan said that the country’s government decided to relieve Chumabay Karajayev from the post of Deputy Energy Minister.

For its part, the Financial Supervision Agency of Kazakhstan confirmed the detention of Karajaev on suspicion of being responsible for the unjustified increase in gas prices, which caused the outbreak of the protest at the beginning of January.

In evidence of the authorities’ efforts to undermine the influence of former President of Kazakhstan Nursultan Nazarbayev and his entourage, Kazakhstan’s sovereign wealth fund announced yesterday the resignation of two Nazarbayev family members from managing two state-owned oil and gas shipping companies.

Yesterday, the Sovereign Fund (Samruk-Kazina) published a statement saying that Khairat Sharibaev had left the position of CEO of the oil pipelines company (Kaz Trans Oil), and Dimash Dusanov resigned from the same position in the company operating the natural gas pipelines (Kazak Gas).

The authorities said they had detained a deputy energy minister and a number of other officials suspected of being responsible for the “unjustified” price increase.

This came as the Russian Defense Ministry announced yesterday the arrival of the first six aircraft with the Russian peacekeeping forces of the Collective Security Treaty Organization to Severny Airport in the Russian city of Ivanovo from Kazakhstan.

The ministry explained – in a statement – reported by “Sputnik” that after the last board has landed at the airport, official events will be held to meet with the Russian paratroopers who have completed all tasks professionally.