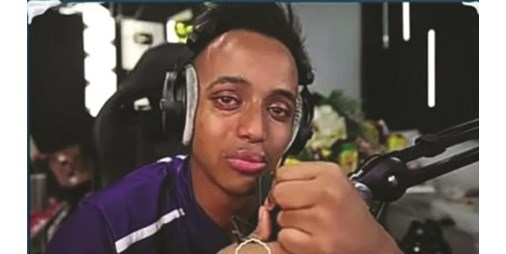 The “The Most Beautiful Winter in the World” campaign, which aims to introduce the landmarks of the United Arab Emirates in its mild winter and spread human values ​​to its people, announced that it will launch, as of today, a humanitarian campaign aimed at supporting peoples who are suffering difficult conditions as a result of the cold winter, and supporting refugees whose circumstances forced them to live. Tents in the Arab world and Africa, under the title: “Let’s make their winter warmer” in cooperation with Kuwaiti YouTuber Hassan Suleiman “Abu Fella”, one of the most prominent content makers specialized in electronic and entertainment games in the Arab region.

This humanitarian initiative seeks to raise 10 million dollars with the aim of providing support to more than 100,000 refugee and needy families in the Arab world and Africa and helping them to overcome the harsh winter cold and secure their basic needs to overcome its difficulties and restore warmth to their tents, places of existence and gathering, in confirmation of the humanitarian spirit of the people of the Emirates that it represents. “His Highness Sheikh Mohammed bin Rashid Al Maktoum’s Global Initiatives”, while opening the way for all those wishing to participate from different countries of the world.

The “Let’s Make Their Winter Warmer” initiative is launched in partnership with the “Mohammed bin Rashid Al Maktoum Global Initiatives” and the global company “Galaxy Racer” specialized in the field of digital virtual games, which is headquartered in Dubai and supervises the work and activities of YouTuber “Abu Fella”, and in cooperation with the “UNHCR” The United Nations High Commissioner for Refugees” and the “Regional Network of Food Banks”, which will contribute to the delivery of aid to those in need.

The initiative receives contributions to the charitable campaign from everywhere and around the clock throughout the duration of the initiative, on the website MBRGI.ae/WarmWinter

Until the entire required amount of $ 10 million is collected, the young YouTuber “Abu Fella” will lock himself in a glass room in downtown Dubai, specifically in the “Burj Plaza” area in the vicinity of the Burj Khalifa, the tallest man-made building in the world, to be broadcast from There is his content for the initiative on his YouTube channel continuously until the required amount is collected.

Commenting on the initiative, content creator Hassan Suleiman “Abu Fella” said: “Warmth in winter for those who suffer from cold and frost is no less important than the need for food and drinking water. There are millions of refugees and displaced people in the region who need all the support they can find, so I wanted to participate in this humanitarian initiative and wish everyone to contribute to it.”

The “Let’s Make Their Winter Warmer” initiative constitutes an expansion of the concept of humanitarian work that involves everyone from everywhere and from all groups, after a previous campaign by the content maker “Abu Fella” in October 2021, in which more than 31 thousand donors contributed, during which, and through the live broadcast. Continuous for 28 hours, one million dollars to support refugees and displaced persons in Syria, Lebanon, Jordan and Iraq, in coordination with the United Nations High Commissioner for Refugees.

Biden opens fire on his predecessor, and Trump responds to a play to distract attention from his failure