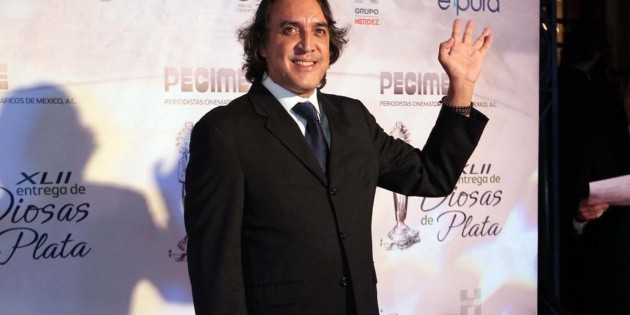 Luis Felipe Tovar has a great career in film and in Mexican theater. He has won three Ariel Awards for productions: “Beginning and End,” “The Alley of Miracles,” and “Sin Sender.” In addition, it has an acting school dedicated to the integral interpretation of the actors. However, so many successes, popularity and recognition of his work did not come so easily because the actor did not meet the beauty stereotypes required by Televisa for certain roles.

“I desperately hoped to have the television screen, I needed that to be able to show my work as an actor. They didn’t give it to me because of stereotypes. Because only Televisa existed, now I am working in televisa, look how life turns, “said the actor in an interview for the YouTube program of Yordi Pink.

Luis Felipe Tovar and his foray into television

Luis Felipe Tovar commented that he entered television when he had a 20-year career as an actor in film and theater, but that even so it was not enough to be on the small screen. Something that he loved and that ensures that if you were not on television you were nobody because people did not go to the theater and the cinema at that time, they were not in their best time either.

The actor explained that stereotypes truncated many opportunities that were offered to him, but that he never allowed himself to be defeated by themas he was fully confident in his abilities and attributes that would make him stand out.

“They were the stereotypes of the gallant, they were clones and I didn’t fit into that profile. They didn’t even invite me. I lost many jobs – for not being handsome – you also see yourself in the mirror, I said obviously I have nothing to do with this physical profile, but I have other abilities that this man with that physical profile will not have. I have a higher level of training and my form is more authentic because stereotypes are replicated in a very strange way where they trust that beauty is going to give everything “, declared Tovar.

In turn, Yordi recalled that he had a similar situation when he premiered “Otro Rollo” with Adal Ramones because the first note that came out about the program they did together said that they weren’t attractive enough to be TV hosts.

“Notice that when we premiered ‘Another Roll’ there was a headline in the newspaper that I will never be able to forget ‘for the first time two ugly drivers’, rather, ‘Televisa bets on two ugly drivers’ and I remember it was a shock, I know I’m not a gallant, but I’m not a ‘fucking’, “said Rosado.

To which Tovar added: “I was so clear – my attributes – that my representative for many years used to call me Luis” feito “Tovar.

Luis Felipe assured that he never had low self esteem because his father considered him handsome and always told him that he was going to be very lucky with women. Something that he could show off with Yordi, since he mentioned that his ex’s have been very beautiful. Such is the case of his ex-girlfriend Carolina Torres and Arehua Sotelo.

Who are the audience of the prose poem? | Gulf newspaper

What diet did Raúl González do to lose weight?
Leave a Comment