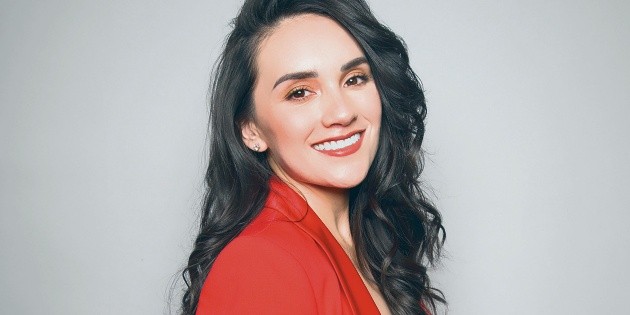 Today, Friday, November 5, the third season of “Narcos: Mexico” premieres on Netflix, with new surprises within the cast. figures such as Bad Bunny, Luis Gerardo Méndez, Alberto Guerra, Luisa Rubino and Damayanti Quintanar, among other actors. In this regard, Marilyn Uribe, one of the stars of the plot, shares in an interview for EL INFORMADOR what it was like to work on this new installment that bases its plot on journalistic investigations.

“I’m excited. It is a project that took a long time, precisely due to the situation of the pandemic, but that was completed, because when we started (with the filming), we had about a month to record and then everything stopped, but a year later, at Despite all the situations, we managed to finish it and now we are days away from airing it on Netflix ”.

Marilyn plays Alicia María Arellano Félix, and in this season, unlike the previous one, the audience will see a deeper development of her character. This time the narrative will count the fall of the cartel of the Arellano Felix and when “El Chapo” takes over the square. The audience will see this family at its most successful moment, but also where everything falls apart.

“My character is the second sister of ‘Enedina’ and in this new season she plays a little more, I am very happy that the production took so seriously to form this family, because all the actors with whom I share the scene became one. In this season and with my character, we will just see how the family reaches splendor and then declines ”.

The dynamic with Bad Bunny

Benito Antonio Martínez Ocasio, better known as Bad Bunny, will play Arturo “Kitty” Paez, a member of Ramón Arellano Félix’s gang called the “Narco Juniors”, made up of wealthy, well-connected young people from high society who joined to the life of the cartel for money, drugs and violence.

“It was very nice to work with Bad Bunny, he came from doing the Super Bowl and the truth is that I came across the pleasant surprise that he is an extremely professional person, at all times with our feet firmly on the ground, especially because in the plot he plays a lot with the Arellano Félix family, which is where my character is, we had a great time on the recording days. And that a personality like him, who is almost every day in the eye of the hurricane, gives the series great expectations. His character is very cool, he plays a lot and he put his special touch on it ”.

Marilyn anticipates that there is a particular scene that the public will enjoy a lot, it is a wedding, a sequence that lasted a week to shoot and where the strongest drug traffickers of the 90s are present.

The third season of “Narcos: Mexico” is set in the 90s, when the globalization of the drug business began. The story centers on the war that breaks out after the division of Felix’s empire. As the newer independent cartels struggle to survive political unrest and increased violence, a new generation of Mexican drug lords emerges.

Christian Nodal could be banned

‘Hotel Desiderium’, an unusual love story reaches the tables by the hand of Nilo Cruz