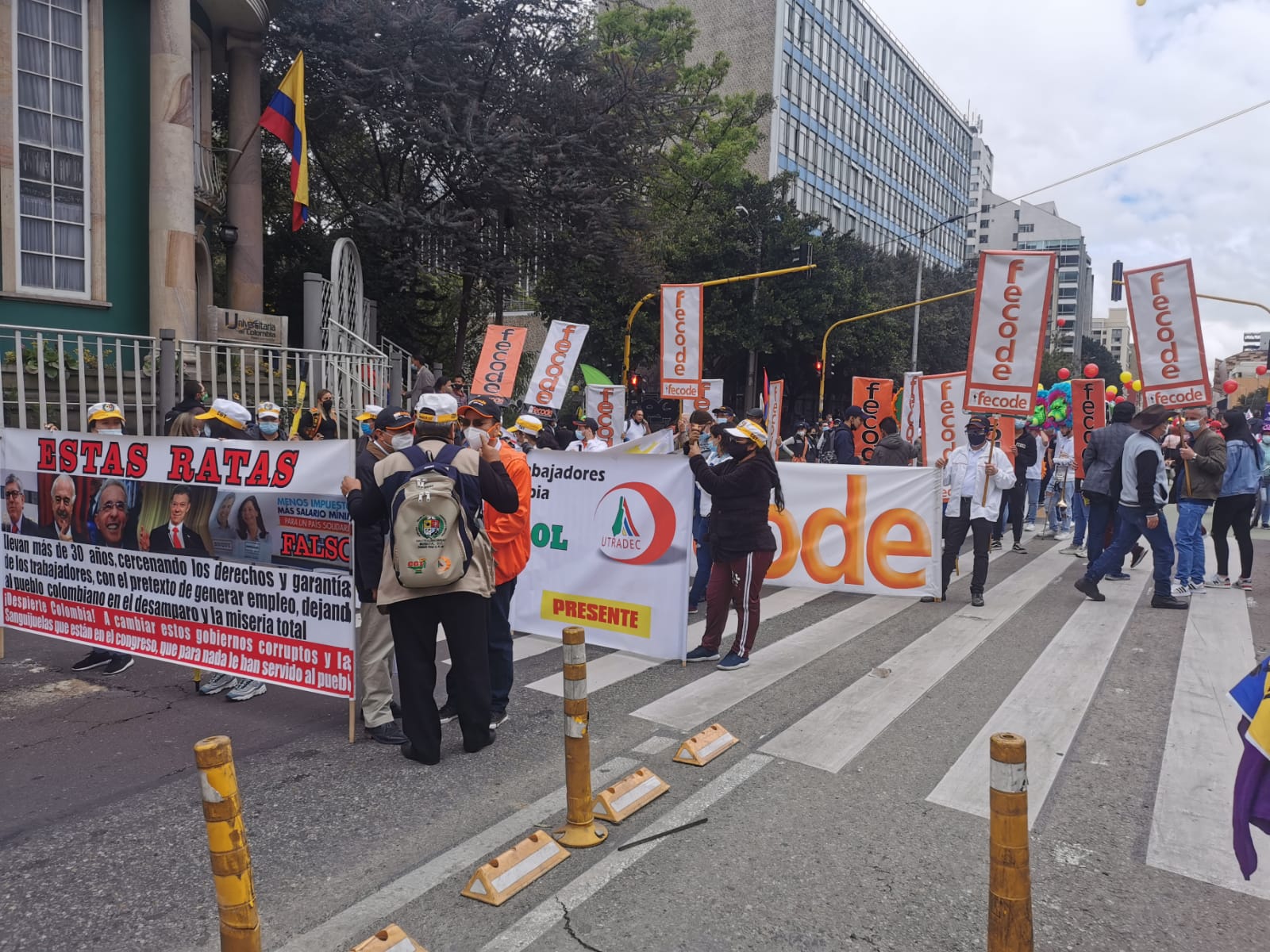 About 800 people marched to reject violent acts against women and commemorating the 5 years since the signing of the Peace Agreement.

With a diminished call, The mobilization called by the workers’ centrals, teachers and union groups in the Bolivar Square in Bogotá.

The march that started from the National Park, It was characterized by having artistic and musical groups that shouted harangues against the National Government and supported the signing of the peace agreement five years ago.

According to CUT prosecutor Fabio Arias, “this mobilization aimed to reject violence against women and also to protest the collapse of some projects in the Congress of the Republic.”

“We reject the attitude of the Congress and of various government parties, which have sunk the basic income that was one of the flagship projects of this social outbreak and of the National Unemployment Committee, the dismantling of the Esmad, the cancellation of the debts of the agricultural sector and the issue of the repeal of decree 1174, that pension reform that was made by decree in Colombia, have sunk them all, “he said.

Read more: Merchants in San Victorino emberracados by increases of up to 400% in the appraisal of their businesses

For his part, Fabio Melo, president of Sindistritales, called on Congress to support the 10 bills that were drafted by the National Unemployment Committee, so that new social reforms favor the most vulnerable people.

“We reject any type of violence against women, today it is a flag of all union and social organizations in defense of women. No woman can be violated, respect, affection and admiration for all women,” said Fabio Melo.

Finally, the Workers’ Centers invited all Colombians, to vote with conscience and in-depth analysis of the current situation in the country, to elect the successor of President Iván Duque next year.

In this mobilization there were no disturbances of public order.

Video: a union leader was shot at the door of his house in Lanús