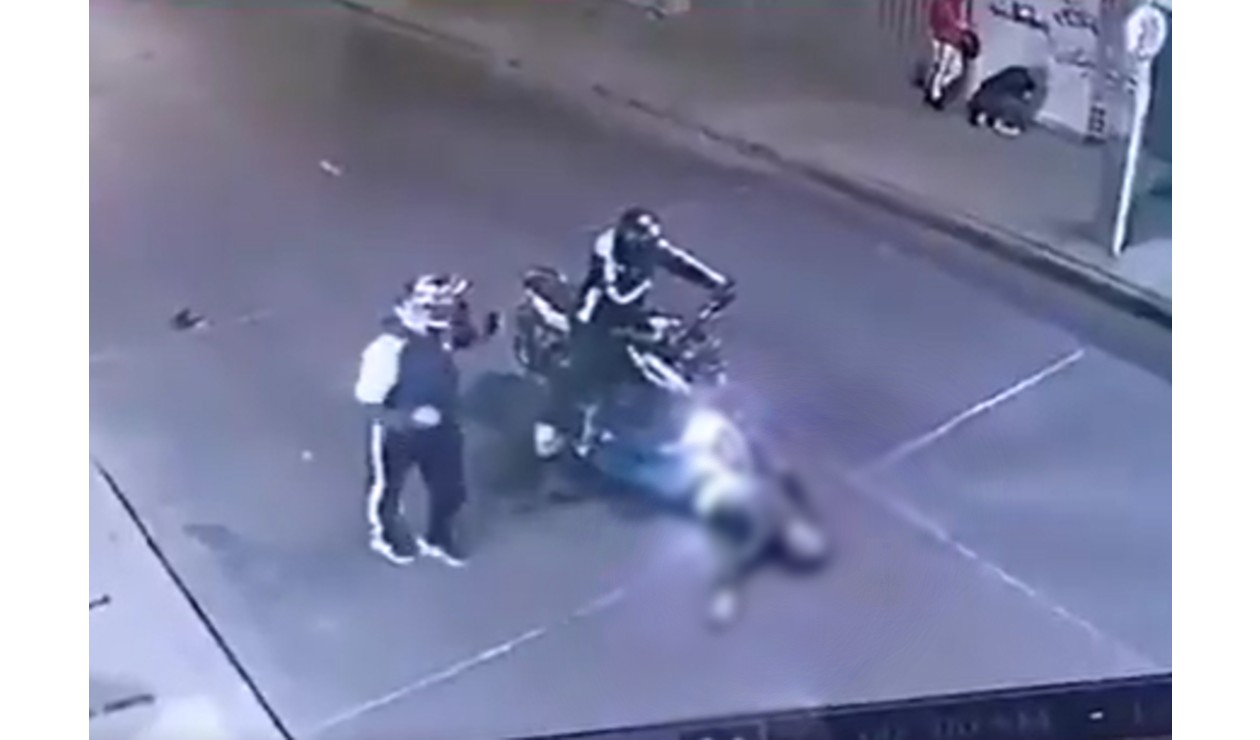 The shocking event that took place in the town of Bosa was recorded in images.

Shocking images were recorded by security cameras, where it is evidenced that a motorcyclist ran over a pedestrian in the Alameda sector, town of Bosa.

The images show the moment in which a citizen crossed the street and as soon as he realizes that the motorcyclist is coming the same way, stands motionless waiting to be dodged, but It is rolled over and lying on the ground.

As soon as the accident, the driver and his passenger get off the motorcycle to check the status of victim’s health. However, as soon as they see that the injuries caused were serious and they begin to see the blood of the trampled worker, those responsible for the incident flee and manage to escape from the situation, despite the efforts of the witnesses to prevent them from escaping.

You may be interested in: He went into an abandoned building to look for a bathroom and fell more than three meters

According to statements by relatives to City Tv, the news about the victim’s state of health is not encouraging and he currently remains with a reserved prognosis in the intensive care unit in the Kennedy Hospital, where he was transferred after being treated in the first place in the Bosa Hospital.

Finally, the Transit police has announced that investigations are underway to find the whereabouts of those responsible with the help of the recorded videos.