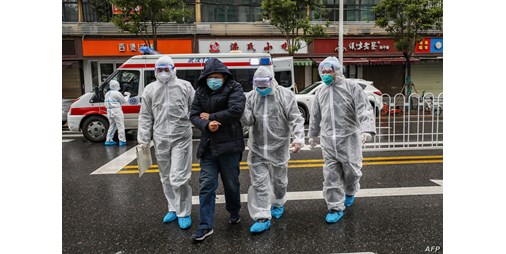 The southern Chinese city of Zhuhai suspended public bus lines on Saturday, after it announced that it had detected at least seven cases of the COVID-19 mutant omicron, warning residents not to leave the city.

The coastal city on the border with the Macau region announced Friday that the mutant Omicron was detected in a person with mild symptoms and six others who had no symptoms, after an extensive testing campaign after detecting one infection in a nearby city.

China is facing a surge of Covid-19 infections, including several Omicron infections, as it intensifies its fight against the virus ahead of the Winter Olympics that will be held in Beijing next month.

Millions of people across China have been asked to stay at home in recent weeks, while many domestic flights have been canceled and factories closed.

Officials in Zhuhai have asked residents to avoid leaving the city “unless necessary” and for those who want to leave the city to submit a negative result for a COVID-19 test conducted in the 24 hours prior to departure.
On Friday, the city began a massive testing campaign for its 2.4 million residents, after a Covid-19 infection was discovered in the city.