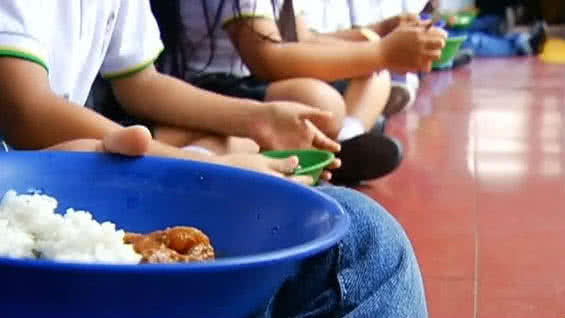 The community denounced that the products were not expired, since their expiration dates corresponded to the month of December.

An unusual case has outraged the municipality of Puerto Colombia, Atlántico. Last Wednesday, towards the afternoon hours, more than a thousand products from the School Feeding Program (PAE) were found in at least 8 garbage bags, on the outskirts of the María Mancilla Sánchez Educational Institution.

The discovery was made thanks to the community of the sector, who reported the fact through a video. “It is not possible that this is presented in a school in the municipality. Here we have low-income children who suffer from malnutrition because they do not have the comprehensive care of a School Feeding Program. They would have better given all that food to street children, “said José González, a resident of the sector.

The event was announced on the morning of this Saturday as a result of the high diffusion that the video had through social networks such as WhatsApp and Facebook.

Also read: She tortured her one-year-old baby for “being responsible” for her boyfriend leaving her

“The School Feeding Program encourages the feeding of children throughout Colombia. It hurts to see how they waste food like that. Sometimes I have no way to feed my children, it is a sad situation“said Martha Llach, another inhabitant of the municipality, and who proceeded to collect the products to take them to her children.

Given the situation, the Secretary of Education of the municipality of Puerto Colombia, Mayra Ahumada, specified that on several occasions she has sustained dialogues with the food supplier on similar situations recorded some time ago, announcing that he had filed the complaint with the departmental authorities and the Instituto Colombia de Bienestar Familiar (ICBF).

“In advance this case has been brought before the departmental PAE, since from the municipal PAE we are in charge of the provision of other schools in Puerto Colombia. Until now, everything has been handled without any problem. You have to look at the situation in depth, since the PAE is a program that must be handled with great seriousness and responsibility.. “, Ahumada asserted.

Thus, the authorities confirmed the opening of a preliminary investigation against the Educational Institution to know in detail what happened with the waste of more than 1000 foods from the PAE in this municipality.

“The PAE is sacred for the children of our municipalities. We cannot conceive that this has occurred in our community, and that it is aimed at low-income children. We are going to see how we get to these departmental authorities to see what is happening, “concluded Mayra Ahumada.

Police helicopter fell in the municipality of Subachoque, leaving one dead