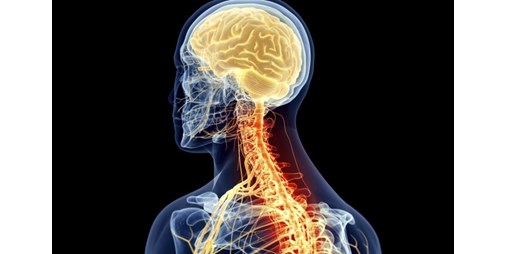 A new study conducted by American researchers reported that multiple sclerosis is likely caused by the Epstein-Barr virus, which is the first time that the causes of this disease that affects the immune system have been identified.

This discovery gives hope that a future treatment will be possible to cure this disease, which affects about 2.8 million people in the world.

About 95 percent of adults are infected with the Epstein-Barr virus, which can cause other diseases, including infectious mononucleosis.
The study, published this week in the journal “Science”, showed that the presence of this virus is a necessary condition for infection with multiple sclerosis, but not all people who carry the virus develop this disease.

This hypothesis has been under study for years, but proving it was difficult because the Epstein-Barr virus is very common and symptoms of the disease do not begin until ten years after infection.

“This study is the first to provide convincing evidence of a causal relationship,” study author and professor of epidemiology at the Harvard School of Public Health Alberto Acchirio said in a statement, adding that its findings constitute “an important step because they indicate that most cases of MS are preventable from during cessation of Epstein-Barr virus infection.

A statement quoted him as considering it “an important step because it shows that it is possible to avoid most cases of multiple sclerosis” by confronting the Epstein-Barr virus, stressing that “targeting this virus may lead to the discovery of a cure.”

The study was conducted by following more than ten million recruits in the US Army over a period of 20 years, 955 of whom developed multiple sclerosis during their service.

The research showed that the risk of developing multiple sclerosis was 32 times higher in the case of infection with the Epstein-Barr virus, while there was no increase in the risk after infection with other viruses.

And researchers from Stanford University published a comment on the study in the journal “Science”, considering that other factors, including genetics, can play a role in the disease or not.

Multiple sclerosis is an autoimmune disease of the central nervous system (the brain and spinal cord), and it causes a defect in the immune system that attacks myelin, a fatty substance that protects nerve fibers.

This disease develops through “episodes” and its incidence varies from person to person but can lead to dangerous effects, and is one of the common causes of disability in young people.

And the American company “Moderna” announced last week that it had started clinical trials in humans to develop a vaccine against the Epstein-Barr virus.