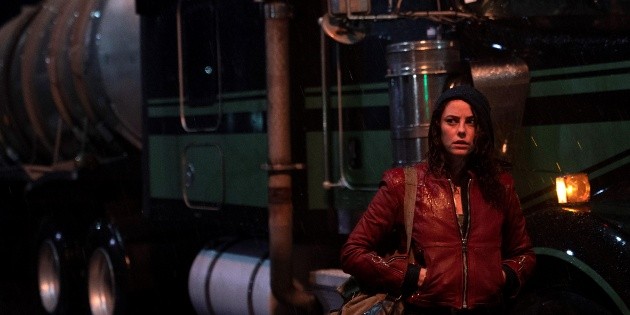 The zombies of “Resident Evil“They have a new enemy with Kaya Scodelario, the British actress who stars in “Resident Evil: Welcome to Raccoon City“and that he aspires to relaunch with this film the famous saga of action, terror and the walking dead that he led for years Jovovich mile.

“I think the idea of ​​the dead being able to return is fascinating to us,” Scodelario said in a video call.

The actress known for the series “Skins” (2007-2013), the trilogy of “Maze Runner” and the film “Pirates of the Caribbean: Dead Men Tell No Tales” (2017) now leads “Resident Evil: Welcome to Raccoon City “, a film that hits US theaters on Wednesday under the direction of Johannes Roberts.

This new title looks back to tell the story of The Umbrella Corporation’s fearsome experiments in Raccoon City that would lead to a zombie apocalypse.

“Resident Evil” introduced its first video game in 1996 and, since then, this Capcom franchise has become one of the most successful in the history of digital entertainment.

His adaptations to the cinema also had a great journey among the public despite the fact that critics received them with little appreciation.

The six tapes in this saga, ranging from “Resident Evil” (2002) to “Resident Evil: The Final Chapter” (2017), grossed more than 1,200 million dollars between all and around the world with Milla Jovovich as the star.

The idea behind “Resident Evil: Welcome to Raccoon City” is to give a new impetus to “Resident Evil” with a very 90s film, which bet more on terror than action, and that it tries to follow the codes of the original video game.

Question: It is released in this tape like “Claire Redfield”, one of the most important personages of “Resident Evil”. What makes this role special in the series?

Answer: I think the reason she has been so loved for so long is because the other characters are elite soldiers or highly trained policemen, but “Claire” is not like that. It’s like the street version and rock and roll of all that.

It’s a little more messy, scruffy and sassy. That’s what definitely attracted me to her and what I think a lot of people love about her too. That was really what I wanted to bring to this movie: that version of “Claire” from video games where no one tells you what to do.

P.- Claire also deals with personal trauma on the film.

A.- At the beginning of the film we meet her as a girl in the orphanage and we go through everything she experienced. Then he leaves his home behind, he’s away for a long time and I don’t think he ever thinks of going back.

But then find information you need to share with your brother. In essence he has to face his demons.

When you reunite with your brother, it’s not exactly a nice, warm reunion. There is tension because she carries that trauma and is quite angry with her brother while he still does not believe her despite all these years. But you will soon realize that you were very wrong.

Q.- How did you face the challenge of taking over from Milla Jovovich in “Resident Evil”?

R.- I grew up with those movies too. I remember seeing them in the early 2000s. They were very from their time and that was great: the music, the clothes, the lights … It was all very bright and I was in that technological world with which everyone we were very excited at the turn of the century.

But what we have tried here is something quite different.

We take the movie to the 90’s. It is a film with a much darker tone. In any case, it seems to me that both (versions of the saga) can exist in the universe of “Resident Evil”.

By Milla Jovovich I think she’s amazing and that she did an amazing job with her character. Maintaining that physique for so long seems super impressive to me so I can only trust that I can do the same with my character.

Q.- The living dead have had a kind of “revival” in film and television in recent years. Why do you think they are so interesting?


R.- I think we are fascinated by the idea that the dead can return. I also think it’s cool that we have different variations of these zombies. We have those who are very slow as in “The Walking Dead” and there are also those who are very fast in action.

Although to me, what I find most extravagant about zombies is by far the sound they make, that they seem to be drowning in blood or as if they are gargling. And also his despair. I think seeing that on the screen is truly terrifying.