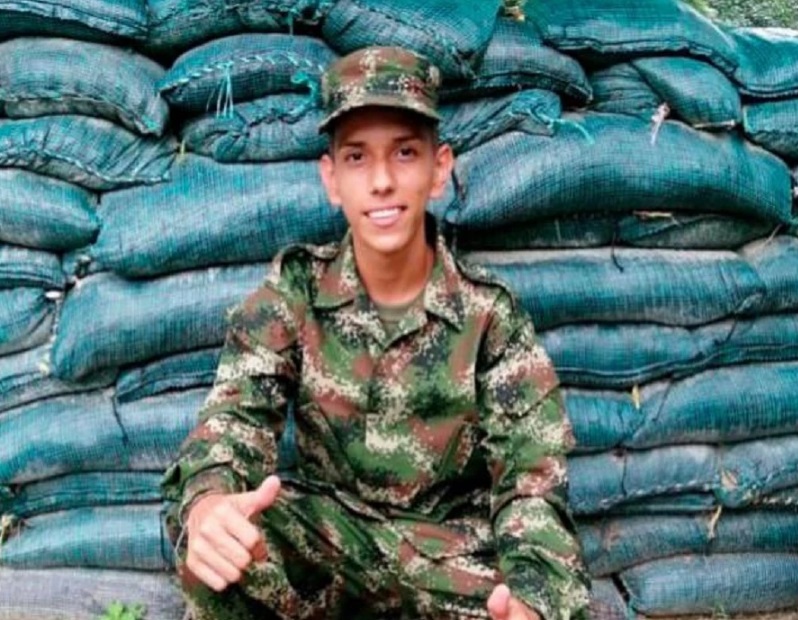 The family of the military man who fights for his life, demands justice and that the truth of what happened be known.

At the Santander University Hospital is the 18-year-old soldier Jean Carlos Trillos Padilla, who received several blows to his head, after apparently suffering a fall, and who was initially treated at the Aguachica Hospital, Cesar.

The Army reported that the young man fell when, apparently he was running and was allegedly entangled with a rope. He was immediately transferred to the unit’s medical dispensary, and then he was transferred to a hospital in the city of Bucaramanga, where he is treated by specialized personnel.

It may interest you: Policemen disguised themselves as Hitler in Tuluá and cause tremendous controversy

Contrary to this version delivered by the National Army, the young man’s relatives assure that the cranioencephalic trauma that their loved one has is not the product of a fall, but apparently of an attempted homicide, because the last medical report they received mentions that he has several injuries to his head.

The Santander’s mother, Yaneida Padilla, told RCN Radio that, “It is impossible that my son has fallen, because on many occasions I have fallen and I have not died, or he has not given me a severe head trauma that caused him brain death, that is why I ask for justice to be done, and I do not want other soldiers to suffer, what my son suffered ”.

The young man’s mother added that “before my son swore the flag, I had several discussions with a corporal who, as far as I had threatened him with death, and I confronted him and well things calmed down, after swearing the flag and they transferred him to that battalion, my son said that there was a corporal who had it mounted and that he was threatened ”, and now I have him in a hospital in a coma ”.

The mother assures that the doctors did not give him much hope and that the only thing that would save her son’s life would be a miracle from God.

“We motivated my son to follow the ranks of the Army, Since he was little he had the illusion of wearing a uniform and that is why my mother and I decided to talk to him so that he would serve the country, and we did not get anything because we sent him, it was for an abyss ”, added the mother.

Through a statement, Colonel Edgar Alberto Rico, commander of the Fifth Brigade of the National Army, ordered an investigation to clarify these events.

It is mentioned that last Thursday, November 18, “in facts that are the subject of investigation, in the Military Base of the Infantry Battalion No. 14 Captain Antonio Ricaurte, located in Aguachica, Cesar, the soldier Jean Carlos Trillos Padilla, in acts of the service suffered a fall that caused a serious blow to the head “.

In addition, according to the first information provided by his colleagues, the young man was apparently running and was allegedly entangled with a rope. He was immediately transferred to the unit’s medical dispensary, and was subsequently taken to the Aguachica Hospital. Hours later, he was sent to the city of Bucaramanga, where at this time he is being cared for by specialized personnel.

Also read: The ingenuity of criminals: They hide drugs even in the yucca

“The National Army reiterates its support to the family and makes all the vows before God for the speedy recovery of our soldier, in addition we have already begun the pertinent investigations, in order to clarify the circumstances of the way, time and place in which this occurred. situation, ”said officer Rico, commander of the Fifth Brigade of the National Army.