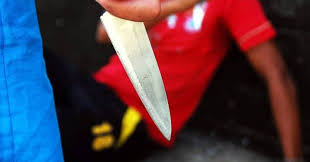 The crime of the good friend occurred in the El Rincón neighborhood of the town of Suba in northwestern Bogotá.

A supportive young man, who saw how a friend got into a fight, died in the last hours while trying to avoid the “rampage” on a street in the northwest of the country’s capital.

Two subjects, who apparently had a ‘married fight’ for a long time, met face to face and being the worst, they went to the fists.

At that time, 21-year-old Diego Alejandro López was passing by the site and upon hearing the scandal and seeing that there was a brawl, he approached and observed that a ‘partner’ was in the heat of the dispute.

Surprised, ‘Alejo’ as his relatives and friends called him affectionately, he decided to intervene to prevent them from hurting the ‘pana’, but what he received as ‘good people’ was a deadly stab in the chest what affected vital organs.