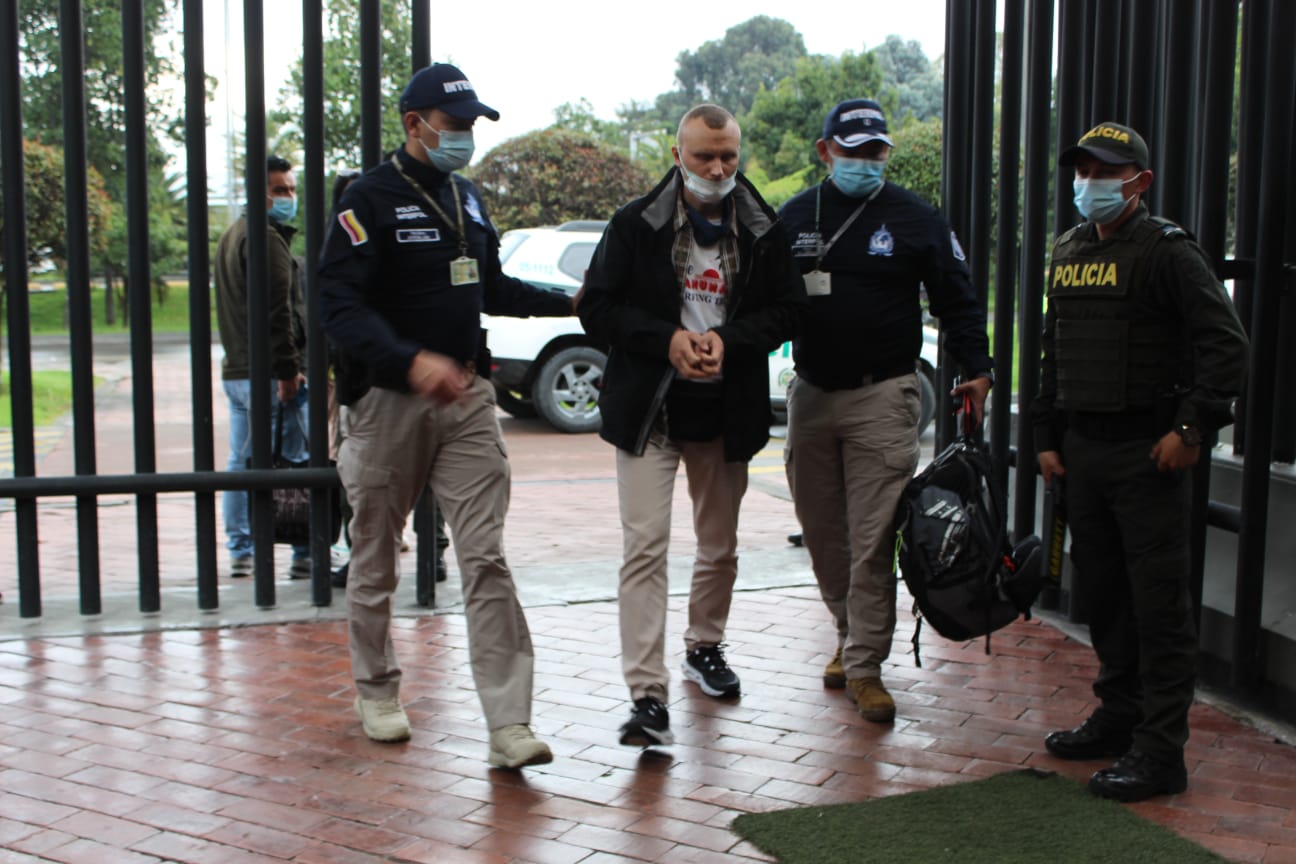 The Interpol Colombia obtained the arrest for the purpose of extradition of Russian citizen Vladimir Taranetc, known as ‘Ali Ali’, at El Dorado International Airport in Bogotá, who is designated by the authorities of his country as a member of the Islamic State terrorist group.

According to the authorities, this person was requested for extradition purposes through Interpol red notice, issued by the Naberezhnye Chelny municipal court of the Russian Republic of Tatarstan.

Read more: Man opened the door of his house to the ‘pelona’ in the south of Bogotá

Vladimir Taranetc, who bought a Air ticket in the city of Istanbul (Turkey) with a stopover in Colombia, where its final destination was La Aurora international airport in Guatemala City, Therefore, Dijín investigators carried out the respective operation that resulted in his capture.

Alias ​​’Ali Ali’ is required to appear before the Russian justice for the crimes of participation in illegal armed formations and participation in the activity of a terrorist organization.

Once the investigators carried out the investigation, the authorities in Russia reported that in March 2011 the illegal armed group ‘Jaish Muhajireen wal-Ansar’ was organized in the territory of Iraq, that since 2011 commits terrorist activities in Syria.

On Syrian territory, this extremist group, formerly known as the ‘Mujahideen Battalion’, actively used methods of sabotage through violent acts, as a result of which civilians were killed.

“They also committed attacks against citizens, representatives of the Central Government and the forces of order, the facilities of humanitarian service organizations and against the socioeconomic infrastructure. In the territories controlled by this terrorist group, public mass executions and punishments were carried out. physicists, in addition to the practice of the slave trade, “authorities said.

In September 2013 Vladimir Taranetc left Russia to go to Turkey and later to Syria, where sharing extremist ideas, according to information from the Russian authorities, he intentionally joined

Read more: An afro was lit to ‘lead’ and left lifeless on the uncovered Bosa road

In this international terrorist organization, Vladimir he acted as a foreign fighter and it was estimated that he had a strong arsenal of firearms and ammunition.

The foreign citizen will be extradited to the Russian Federation to appear before the judicial authorities. He could face a sentence of up to 20 years in jail.

Soacha firefighters hired themselves to improve care for residents