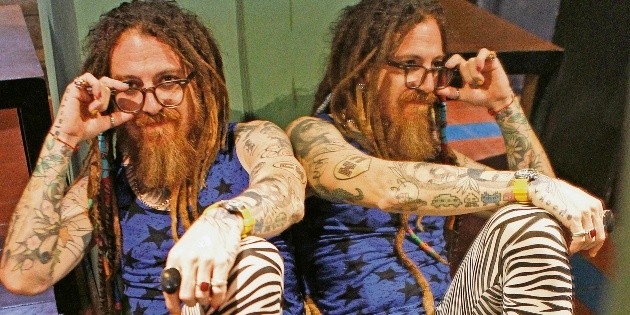 Next Thursday, January 27 at 8:00 p.m., the Telefunka band will celebrate 20 years of experience at the C3 Stage (Av. Vallarta 1488, Col Americana). In an interview via Zoom for EL INFORMADOR from Barcelona, ​​Giancarlo Fragoso, a member of the line-up, talks about what the public will be able to see and hear in the evening, also advising that they are already preparing new music.

Giancarlo recalls that he has already been living in Spain for some years, and during this time he has also been developing his personal project, “Sax and toys”, with which he also travels frequently to Mexico, “but as of this year Aldo (Fragoso) will also He comes to play with me in this project and we also take up Telefunka in Mexico and whatever arises outside of here (from Barcelona). And taking advantage, the first thing we will do will be on January 27 at C3 Stage and on January 29 we go to Puebla, to do the 20th anniversary shows”.

He states that when making the decision to settle in Europe, the experience has been “rare” regarding the pandemic, “here we are signed by a record company. So, the transition was going very well, how automatic, even the most recent album was released here, we were active for four months and all the restrictions came from there, which here are still very severe “. However, he explains that after this health crisis facing the world, his personal project “Sax and toys” has allowed him to continue living off music, “but Telefunka did go into a small forced recess, because here there has been no way, no there have been festivals, it seems they are coming back this year, but for us the reactivation after everything that has happened during the pandemic will be the anniversary ”.

20 years after starting with Telefunka, Giancarlo share that thinking about a two-decade trajectory was something they didn’t have in mind when they started this project, “For example, I had been in La Dosis, a project with many successes and good experiences, I was also fortunate to be in GrandMama, and come on, they were projects in which I thought would last a long time and life is these things you can’t predict ”.

And Telefunka was born as an alternative project, “which I insisted on doing so that my brother would get closer to music, he is rather an architect, he is graphic, he is plastic, but I always saw him that he had a lot of wood for music, like this What I wanted to do was an experiment at home and we never thought it would become our life project, even before Telefunka we put together another project called Los Hermanos Brothers, which were Aldo and I, we pulled John, and Suddenly it occurred to us that we could start playing music that is easier to listen to and that’s where Telefunka was born, we thought it was something transitory and 20 years later, we are grateful to the star that the band has had, and very happy that it continues to be a active project ”.

Return to the origin and surprises

“Appliance” was Telefunka’s first album and since then experimentation has been constant. Now the band is interested in going back to the origin, “a central sequencer, me with the guitar, the saxophone and some toys, and John with his harmony and keyboard. Now, without planning too much, we will go back to the initial concept, with more improvisation and more loops ”. And this will be reflected in the show they will offer at C3 Stage, where there will be some special guests, such as the violinist Daniel Padilla, who was with the line-up for five years, the percussionist Alix Ceant, Chino Mondaca and Edgar Huerta was also invited. de Belanova, who was a producer on the album “Appliance”, but he is not yet confirmed.

Telefunka has four more remixes and a symphonic album, so making the playlist for the audience of this show was a challenge, “what we want to reflect is the tranquility and the unfolding that the experience gives you. Part of our audience has been there since the beginning, so we like to think more as spectators than as musicians, and the three of us (him, Aldo and John) agree that one is more appreciative of the themes that he knows and recognizes, than all the new experimentation. ”. The new music will begin to come out after the anniversary and they will present it through their social networks.

MJ Rodríguez makes history at the Golden Globes, what is the reason?

Ben Affleck and the nightmare of playing “Batman”