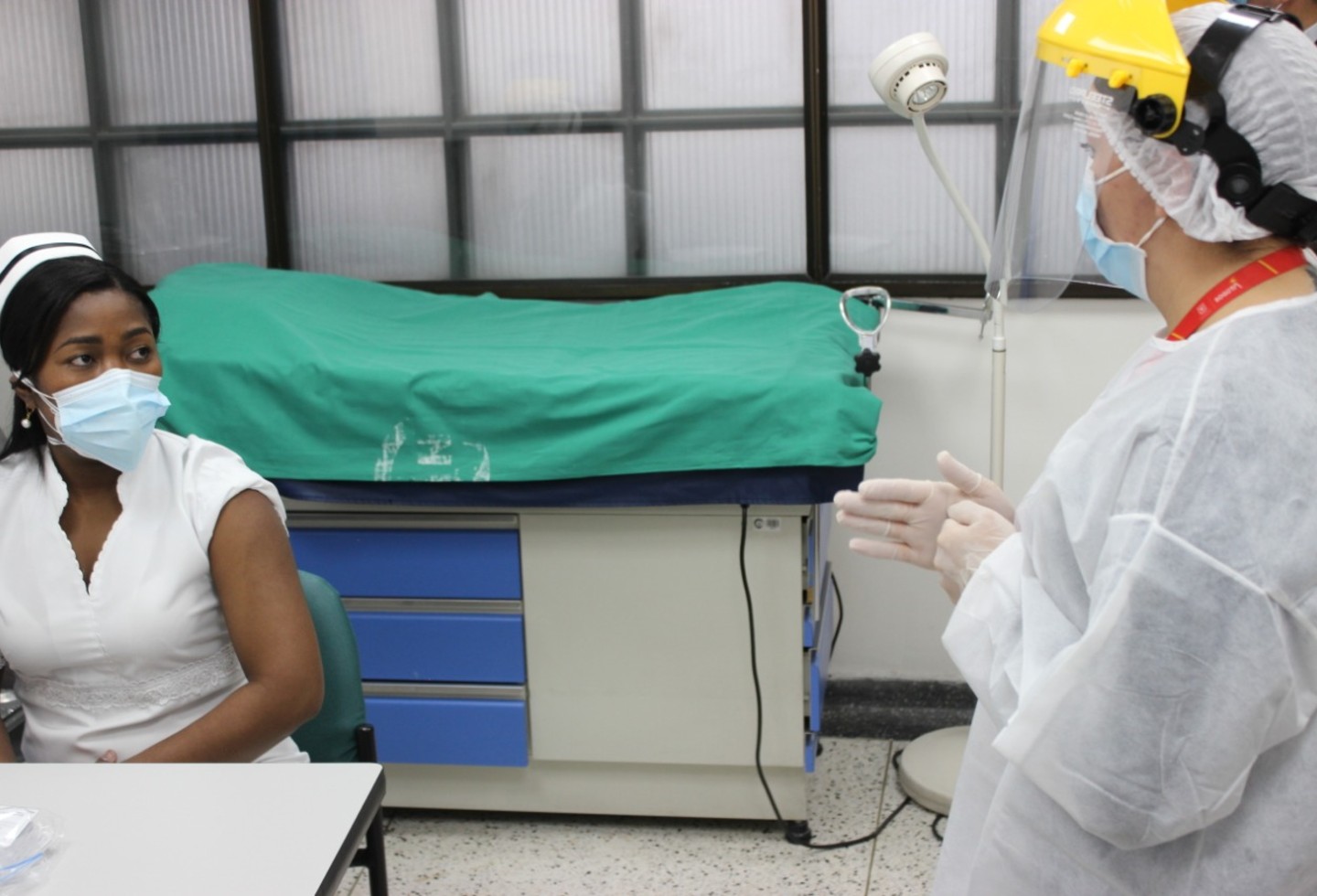 Those who are vaccinated must have the card and identity document to access the third dose.

The Secretary of Health of Bogotá, Alejandro Gómez, announced that as of this Wednesday November 24 begins the vaccination phase with third doses for health personnel from the capital city.

“We have the news and it is that Fortunately, we can start vaccinating all health personnel with third doses, without abandoning first and second doses of the rest of the population, They only have to present their card showing that they have the first and second dose or single dose of Jansen, the card of the health provider to which they belong and can access ”, said the secretary of health Alejandro Gómez.

People who work in emergencies, Intensive Care Units, in hospitalization services, those who work in health centers, will be immunized. those who are part of the operation of the ambulances and those who have made the epidemiological fences and to all the people who are vaccinating.

Points of vaccination within clinics and hospitals like El Tunal, Kennedy, Santa Clara, Mederi, San Ignacio, The Children’s Cardio Foundation, among other.

You may be interested in: MinSalud asks for seriousness in demanding a vaccination card in Colombia

He also announced that there are no longer first doses of Pfizer and those that arrive will be applied to the second doses to complete schedules. The official assured that the only ones who will be able to access Pfizer starting scheme are pregnant women.

“As the rest of the population over 18 years old are vaccinated with their third dose, of course we abide by it because it is the instruction of the Ministry of Health and another population group arises around the 20th or 21st we will be analyzing whether we can advance or not “, assured Gómez.

The requirements to be able to be vaccinated for the third time are three:

3. Present the card of the health entity to which it belongs.