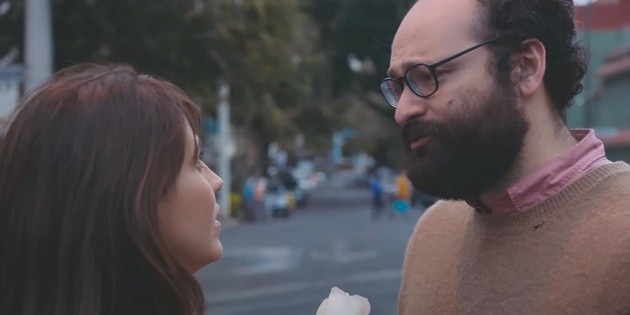 The creative freedom with which Rodrigo Guardiola grew up as a member of the Mexican group Zoé made his first fiction film with his friend Gabriel Nuncio explore -through the experimental- the paths of a frustrated artist from irony and black humor . “We weren’t afraid to experiment and do more risky and free things. The film has dreamlike, dance and very musical moments and all that helps to give the film a different personality and for me that comes from the school of experimentation with which I grew up with Zoé”, Guardiola explains in an interview.

Gabriel is close to turning 40, he has money problems, he doesn’t have a steady job, his career as a comedian isn’t bearing fruit and he can’t find a way to do what he wants most: a film that tells the story of the first woman in get to Mars.

In addition, she enthusiastically accepts – but misunderstands – her friend’s proposal to have a child, something she had not considered before, and rejects the invitation of another of her close people to leave everything to go on an intergalactic trip.

The story directed by Guardiola and Nuncio and written and starring the latter, gathers some of the experiences of the also film producer and came to Netflix yesterday after having won the title of Mezcal Award for Best Mexican Film in the 36th edition of the Guadalajara International Film Festival (FICG) held in 2021. “Gabriel (Nuncio) was a comedian in real life, he had a failed stage and this part is taken from there. Comedians often translate tragedy and failure very well and this is no exception. Through a comedian we managed to extract the desperation and frustration of someone who does not achieve success anywhere, “says Guardiola.

For the director, these are some of the issues that will help viewers connect with the film and he also believes that it can contribute to a personal reflection on “what a frustration or an unresolved dream means to each person.”

In fiction, Gabriel is closed to the alternatives that the world around him offers him. Although Rodrigo considers it debatable to what extent it is valid to accept criticism of personal projects or the work of artists, he believes that it is important to be open to the ideas of others.

The case of his character is not similar to the way Nuncio and Guardiola work, who met more than 20 years ago in the northern city of Monterrey, the place where they grew up and where they shared, together with a group of friends, their passion for music and cinema.

Their creative partnership was Guardiola’s first feature film and Nuncio’s fifth directorial job. “Being good friends and compatible in film tastes, we achieved something more exponential than what we could have done separately,” says Guardiola. “You have to be patient and know how to mold yourself to other types of schemes and opportunities and that was what made us manage to make this film,” he explains.

The experience of making “El comediante” leaves Rodrigo with the desire to continue making movies without abandoning music.

“Since I started with music I have had the illusion for cinema, both are a great vehicle to immerse yourself, pass the time and turn life experiences into something that can spread to others”, he concludes.

Laura Pausini: it will be “A pleasure to meet you”