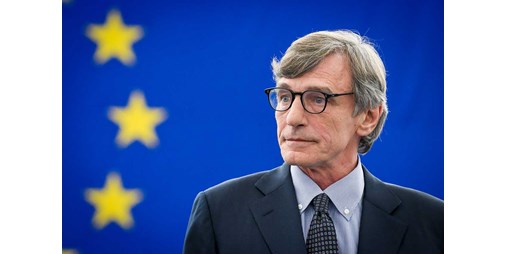 The European Parliament announced today, Tuesday, the death of its President, David Sassoli, in a hospital in Italy, at the age of 65.

European Parliament spokesman Roberto Coelho said in a tweet on the social networking site (Twitter) “David Sassoli died at 1.15 am on January 11 in Aviano, Italy. He was admitted to hospital. The date and place of the funeral will be announced in the next few hours.”

According to a press release issued by the parliament speaker’s office, Sassoli has been in hospital since December 26.