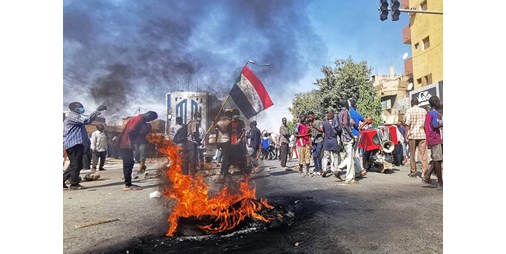 The Sudanese Professionals Association announced its rejection of the dialogue initiative launched by the United Nations, considering that it seeks to push for normalization with the military council, while protesters in several cities demanded an end to the “violations of the security services” and an end to military rule and handing over power to civilians, inspired by the famous “Arab Spring” slogan. The people want the fall of the regime.” This coincided with the anniversary of the storming of Omdurman Hospital on January 9, 2019, in a precedent of its kind before the fall of the Omar al-Bashir regime. The Association of Professionals said that it rejected the international initiative, reiterating its adherence to the “three no’s”: no negotiation, no partnership, and no legitimacy – with those it described as putschists.

The assembly sharply criticized the United Nations Special Representative in Sudan, Volker Perthes, describing his moves as controversial, adding, “Volcker’s practices violate the foundations and mission of the international organization in supporting the aspirations of peoples for freedom, peace and a decent life.” For his part, the “Forces of Freedom and Change” coalition, which played a pivotal role in the demonstrations that led to the overthrow of al-Bashir, waited in response to the United Nations declaration, reiterating his “irreversible position, which is to continue peaceful mass action to defeat the October 25 coup and establish a full civil authority.” . The coalition confirmed that it had not received “any details about the UN mission’s initiative,” stressing that it would “study it as soon as it is officially received and announce its position to public opinion.”

Meanwhile, Sudanese security forces fired tear gas canisters near the presidential palace in central Khartoum to disperse protesters, witnesses told AFP, killing at least one protester. Security forces also fired tear gas at demonstrators in the Bahri suburb (north of Khartoum), according to witnesses. These demonstrations coincided with vigils by doctors to denounce what she described as “violations against doctors in hospitals by the police.”

In the game … Scammers would be offering false job offers

Political differences in the first session of the Iraqi parliament