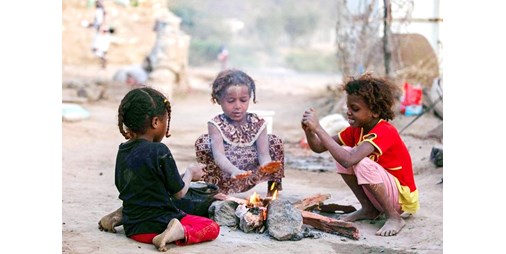 The Yemeni army continued its military operation and its advance on the southern fronts of Ma’rib Governorate, a day after the Coalition to Support Legitimacy in Yemen announced the start of Operation Happy Yemen Freedom, starting from the strategic Shabwa governorate that was recently liberated from the Houthi militia.

Yesterday, Al-Arabiya/Al-Hadath satellite news channel reported that the Yemeni army forces have taken control of new sites in “Aqabat Mala’a” in the Harib district, pointing out that a few kilometers separate the Yemeni army from the strategic Umm Rish camp.

The Yemeni army isolated the Houthi militia stationed in the Al-Balaq mountain range and the surrounding areas, after advancing at the Lajmah site, according to Al-Arabiya / Al-Hadath news channel.

Simultaneously, scenes of the Yemeni army’s advance on some hills in the Mala’a area showed.

One of the field commanders on the ground stressed that the morale of the Yemeni army was high, pointing out that the fighters of the Giants Brigades, who came from the Usaylan district in Shabwa, secured the northern side of the army. The Giants Brigades and the Yemeni army have achieved many achievements over the past few days, whether in Shabwa, which was completely liberated, or Marib, where battles and progress are still continuing, amid air strikes by the coalition to support legitimacy of Houthi sites, while heavy losses were recorded among the militias on the southern fronts.

These field developments came after the militias, since the beginning of this year, intensified their attacks on oil and gas-rich Marib, despite all international and UN warnings of the dangers facing the lives of thousands of displaced people. Currently, about three million people live in the city of Ma’rib, including about one million who have fled from other areas in Yemen.

If you have dogs of aggressive breeds in Bogotá, avoid sanctions and learn how to register them

NATO is in security dialogue with Russia, despite the main differences