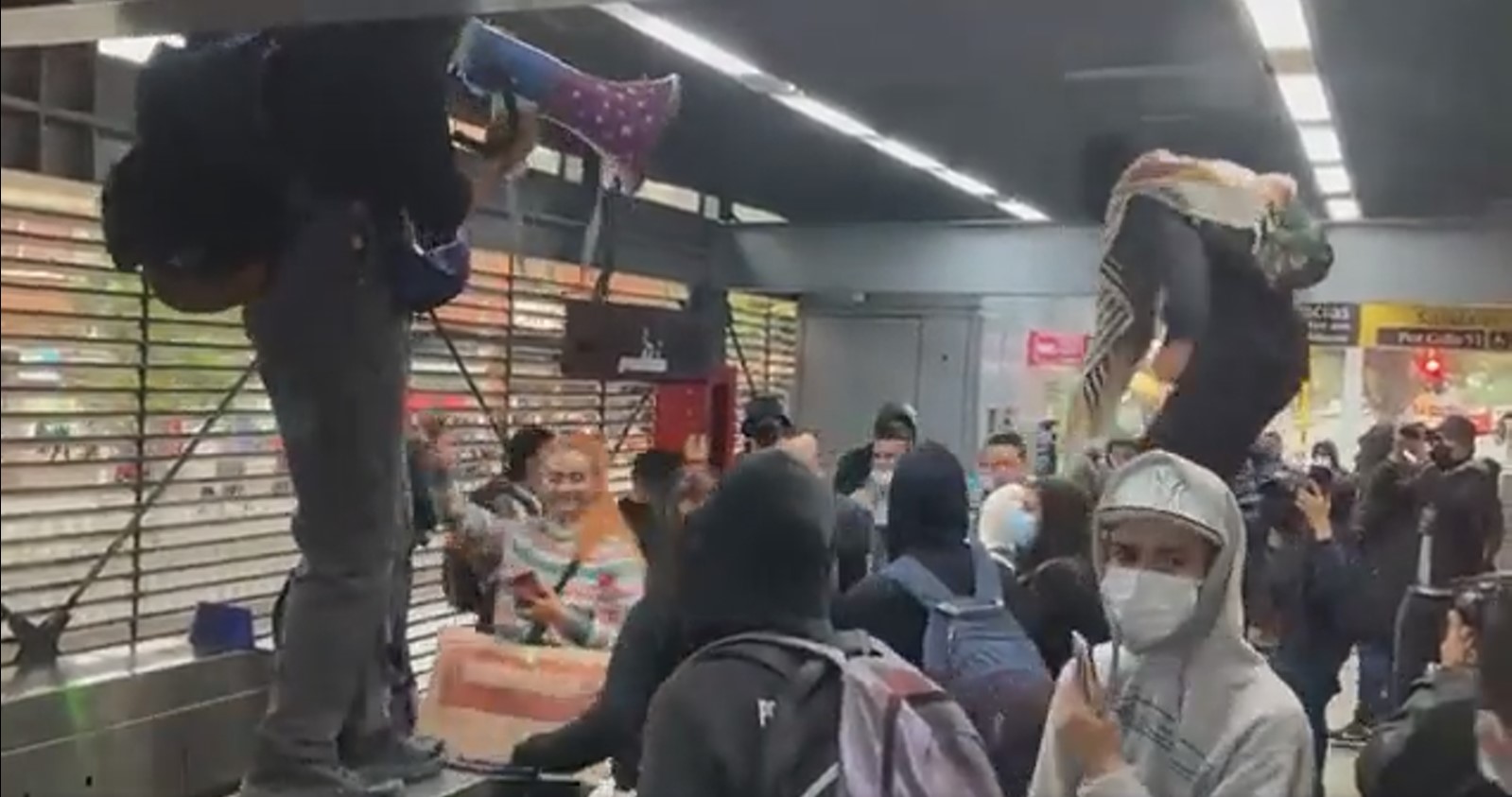 The National Police also assured that there was international cooperation in the “colatón” on Tuesday.

This Tuesday, January 11, when the new rate of TransMilenio, different demonstrations took place in various parts of the city such as in the portals of Usme and Suba, where hooded youth encouraged citizens to jump the registers to protest in against the increase in the passage of the transport system, after this is left in $2.650.

Given the situation, the Minister of Defense, Diego Molano, assured that the demonstrations were encouraged by Chilean “agitators”, taking into account a live transmission that was between a member of the self-styled ‘First Line’ of Bogotá and two members of groups in Chile, in which “there was a clear orientation to promote the non-payment of the TransMilenio ticket and the attack on mass transportation systems, including that of Bogotá”, according to the authorities.

In the revealed videos, the member of the ‘First Line’ assures that “these comrades are going to give their vision of what the evasion meant in the Santiago Metro, what was the social uprising in Chile from that, and give a little light on what is at stake in these spaces”.

Also read: “We are going to sneak in, we are going to disobey” Police are looking for those responsible for the video inciting the “burning of Bogotá”

To this extent, the Police assured that the day after said transmission, massive “colatones” were carried out, promoted by an international network to instigate crime. “The same protagonists of the video in Bogota took to the streets to promote a colathon in Transmilenio, but even worse, to incite violent acts to destroy the city,” authorities said.

It should be noted that during the day of demonstrations this Tuesday it was announced that 14 people were captured after promoting the non-payment of the ticket in the different stations of the transport system and according to the Directorate of Criminal Investigation and Interpol (DIJIN), there are instructions to carry out the prosecution of those responsible.

“These so-called ‘Lines’ in our country, as demonstrated by the devices seized from the ELN and FARC dissidents, are sponsored by these illegal armed groups,” Defense Minister Diego Molano concluded in this regard.

Authorities assure that TransMilenio’s ‘colatón’ was promoted by Chilean activists

Government signed juicy contract of the ALO Sur in Bogotá

Drake: They accuse the singer of injuring a model after an intimate act