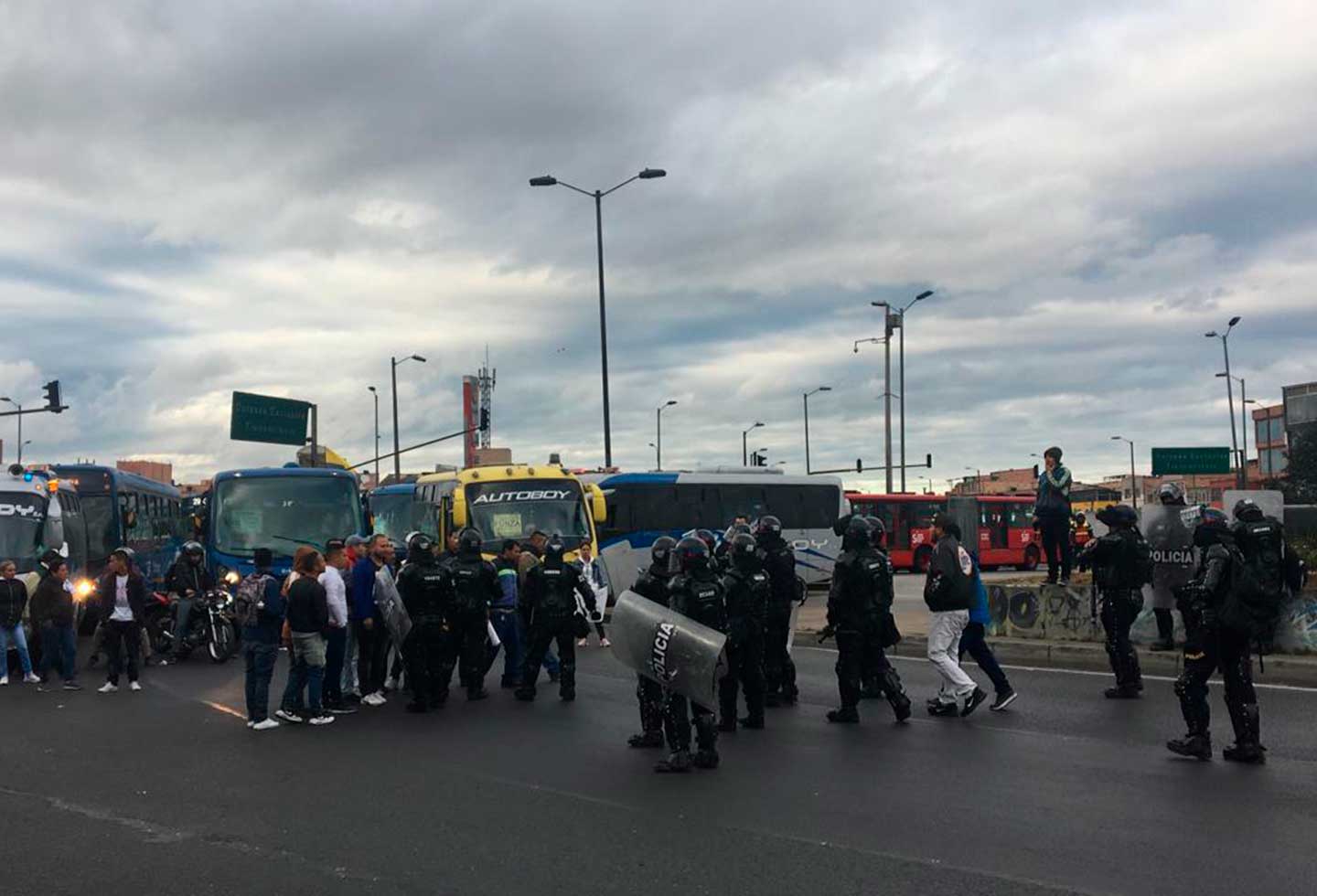 This was denounced by the commander of the Bogotá Metropolitan Police about the clashes between police officers and protesters.

Close to the headquarters of TransMilenio Americas Portal, neighbors of the Chicalá sector, advanced a ‘cacerolazo’ before the new confrontations between protesters and members of the Esmad group.

In the place, several vandals tore up the cobblestones to destroy them and throw them at the law enforcement officers and even some traffic lights were thrown, in events that occurred at night on Sunday, November 21 of this year 2021.

General Eliecer Camacho Jiménez, commander of the Bogotá Metropolitan Police (Mebog) reported in the Bogotá Alert newscast that some of the misfits used gunpowder with shrapnel and acid-filled soccer balls to affect the physical integrity of the uniformed men.

Two crooks are caught robbing a hospital warehouse in Bogotá